I was reading this tweet, which basically says "I wish there was a way to crowdfund deposits, so I could buy rather than rent."

This means that when interest rates drop the amount of mortgage a person can afford to repay goes up. And while it takes a while for things to adjust back and forth, it reverts back to somewhere around 1/3 of income. 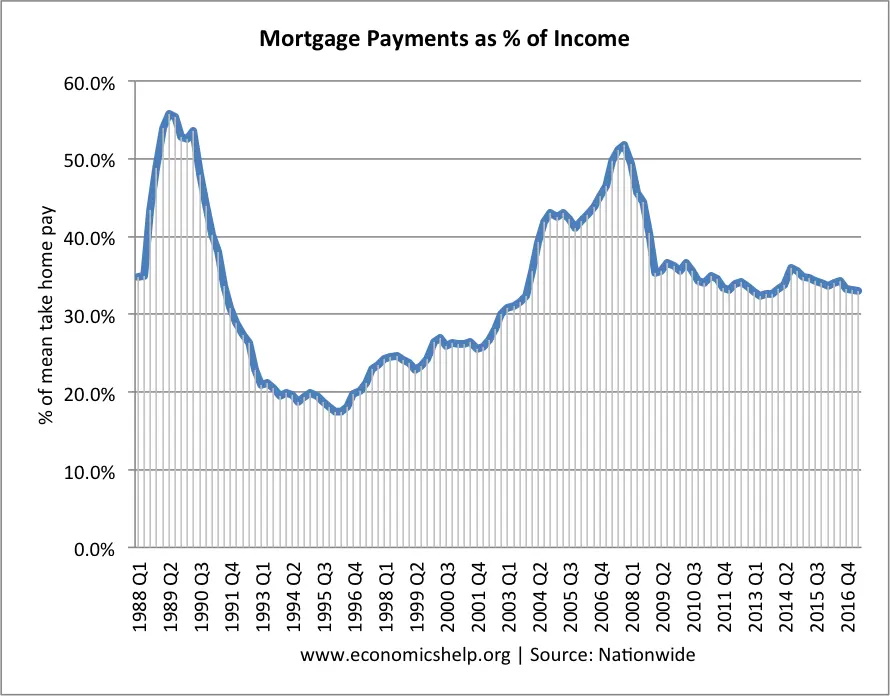 The problem is that if you need to get together a 10% deposit then now you need to raise £22k rather than £12k - the amount has nearly doubled. Interest rates dropping means that your deposit goes up dramatically, once house prices have gone up.

Now, those deposits are there for a reason. The bank is only willing to offer you such a low rate of interest because it can trust that it's a nice safe investment. Basically, that if you turn out to be unable to make the mortgage repayments then they can repossess the property and make their money back that way. But there are costs to repossession, they will want to make a quick sale, and they can't guarantee that house pricess will have remained high when you need to move. So they make you take the risk, by only lending you 90% of the price. That way falling house prices and repossession overheads can add up to 10% of the value of the house and they will _still_ get their money back.

But how often is that necessary? Could it be managed some other way?

A friend of mine moved a while back, and needed someone to guarantee that their rent would be paid. So I, trusting that they would do their best to pay their rent, acted as a guarantor. I didn't have to fork over any cash up front, but I did have to sign something saying that if they didn't pay then I'd step in to cover things.

Would that model work for mortgages? Could ten of us club together and act as co-guarantors for a mortgage, so that if things went wrong they would be fine? You'd have to do that for long enough for the value of the property to go up by 10%, which would vary dramatically by location. And you'd want to make sure that people weren't guaranteeing more possible disasters than they were good for. But I don't see it as being unworkable.

Thoughts? (This is not my specialist area. And I have no influence over how banks operate. I'm just curious if this model would work, or if I'm missing something obvious.)

(I don't think that owning property is for everyone. If your boiler breaks then it's your responsibility. If your pipes burst then likewise. You need buildings insurance. And you almost certainly want to be sure you'll be living somewhere for at least 5 years or the costs aren't worthwhile. But I know people who are putting as much money into rent as they would into a mortgage (or more), but have no way of switching over to something that would actually be *theirs* at the end of the process because deposits are just huge.) Original post on Dreamwidth - there are