The house came with a few lawn ornaments, amongst which was this Buddha, who Sophia instantly named "Baby" and has played with an awful lot over the last 18 months.

Yesterday, she dropped him on his head, so today I spent an hour with the six pieces I could find, exercising my 3D jigsaw and gluing skills. 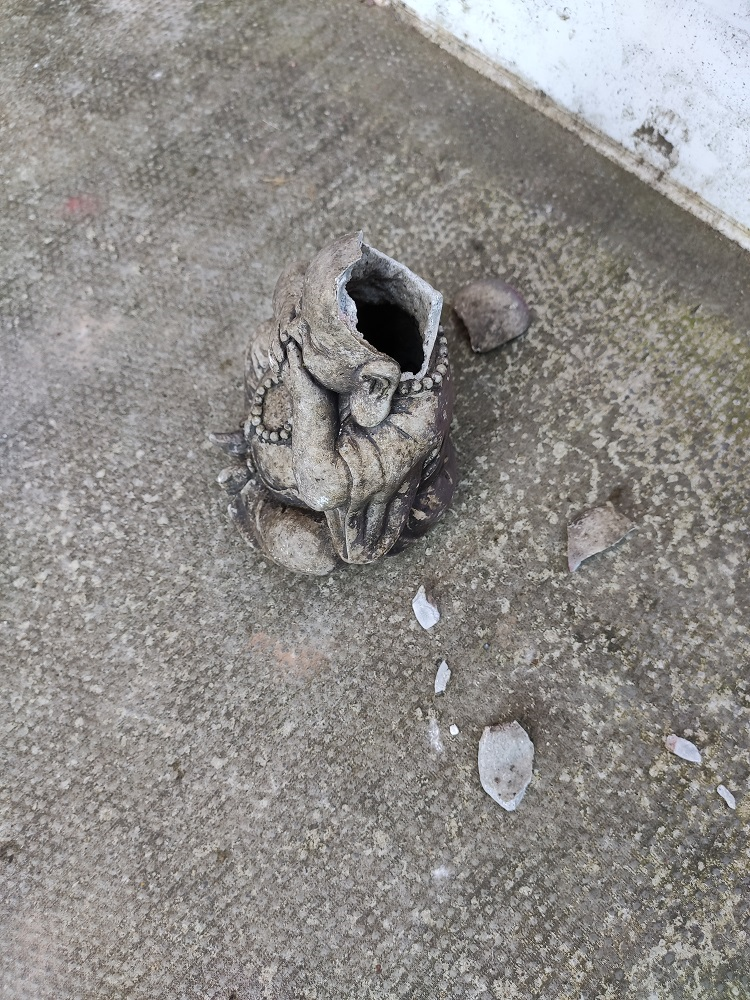 It's not perfect by any means, but I feel quite happy with how well the finished version has come out. 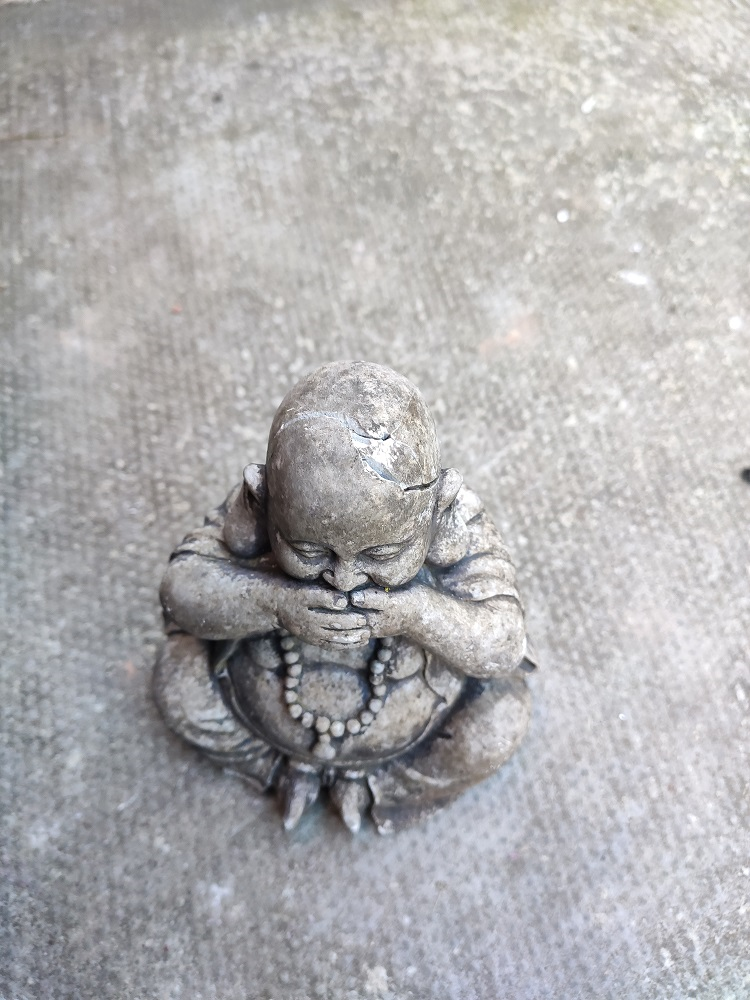 It fits perfectly on one side, and is about a millimeter out on the other side, presumably due to a mixture between the thickness of the glue and the bits not being quite as exact as I'd like. Unfortunately, once it's glued together, trying to change it would risk fracturing it further. 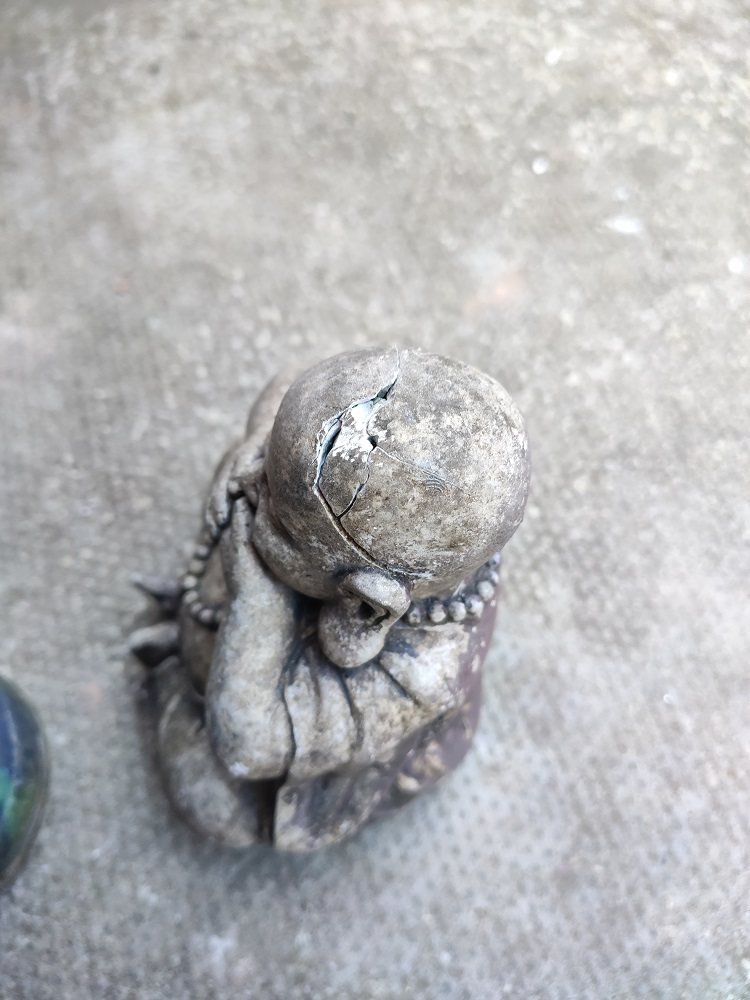 In any case, it made Sophia much happier (she was bereft at having broken it), and she has since spent ten minutes giving him a bath in a water container in the garden. Original post on Dreamwidth - there are