I got suspended by Twitter. Whenever I try to use it I get this: 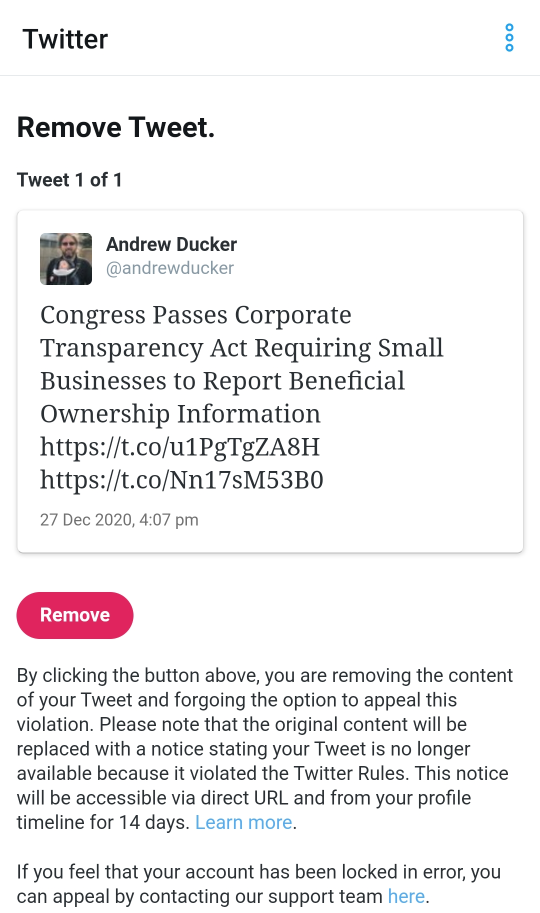 There is, obviously, nothing wrong with that tweet. Multiple other people have tweeted the same link with no issues. I've appealed the suspension, but they currently have a banner up saying "Our support team is experiencing some delays for reviews and responses right now, but we encourage you to report all potential issues."

I really don't want to arbitrarily delete a tweet just because it tripped a setting somewhere. And clearly their support systems suck. But there are a bunch of people that I only really keep in contact with via Twitter, and I also get a ton of interesting stuff via there.