Here's how ridiculous it is if you're in Pakistan and want to visit your family in the UK
(tags:immigration UK OhForFucksSake )
A lazy fix 20 years ago means the Y2K bug is taking down computers now
(tags:computers date fail OhForFucksSake )
Scientists Use Recycled Sewage Water to Grow 500-Acre Forest in the Desert
(tags:Egypt desert environment waste forests )
UK public wants to remain in EU, 40% want another referendum in the next decade
(tags:UK Europe polls )
The Witcher's Netflix success: How three timelines somehow became cohesive
(tags:TV time )
In What May be the Largest Strike in World History, 750 Million in India Protest PM Modi's Policies
(tags:India strike )
Report: Trump Cited Impeachment Pressure to Kill Soleimani
(tags:USA politics death Iran OhForFucksSake )

My parents bought us a joint membership of Edinburgh Zoo so we can go as often as we like for the next year!

This is awesome because we don't have to worry about whether we're getting the best value possible out of each visit but can go for a couple of hours and then go home when Sophia gets tired, and then go again next time we fancy it.

She hasn't really paid much attention to visits to places up until now, so it was fantastic to see her enchanted by all of the animals. The best bit was the areas where there was nothing between her and them - specifically the wallaby enclosure and the gibbons, where you could get close enough to touch if the animals fancy getting that close to you. (Which they generally don't, and it wouldn't be a good idea anyway, as they have teeth.)

She also liked the lioness with her three cubs (no photos of that sadly) and the tiger, which was prowling about 6 feet from her. And the panda, which mostly sat there and ate bamboo at us. And the zebras, which we declined to tell her weren't horses, as she seemed very excited to recognise them. Oh, and the meerkats, which had a glass-fronted enclosure which meant she could have a real meeting of minds with them. 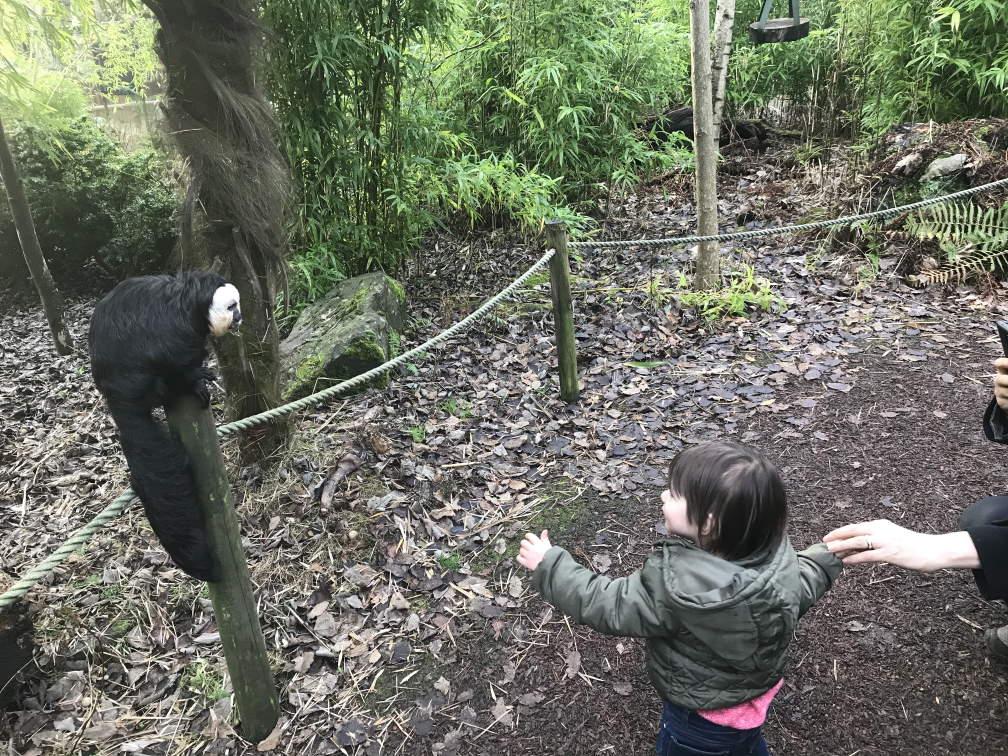 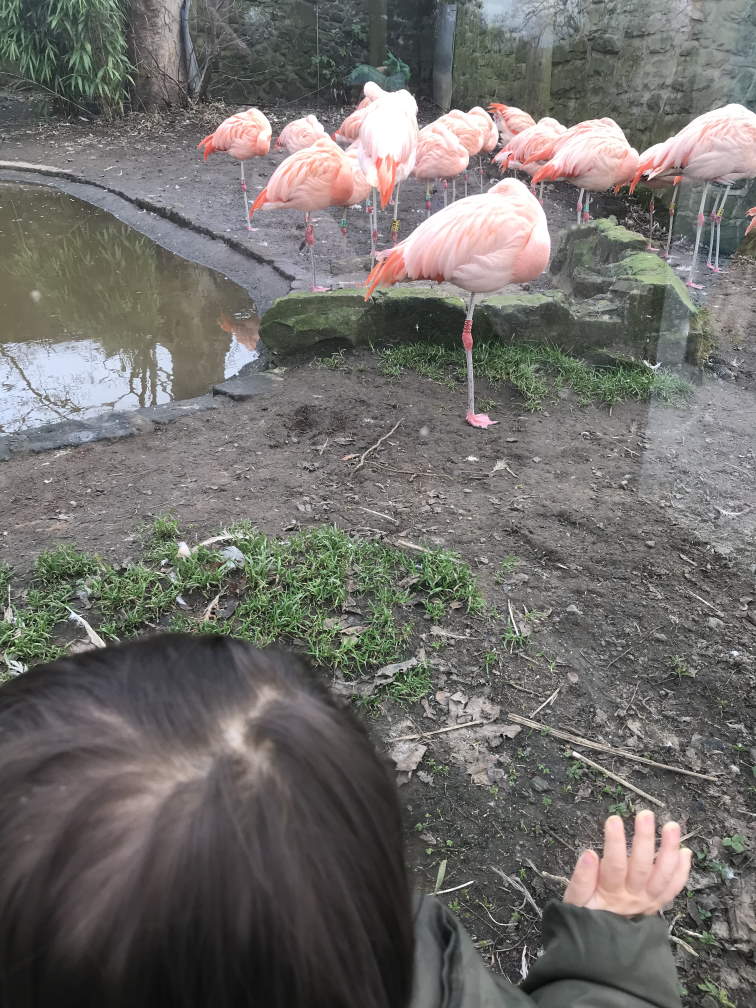