Last night we bought a small pumpkin and Jane carved it, put a candle in it, and put it on our doorstep, thus signalling to any passing costumed children that we were open to them telling us a joke (or singing us a song) in exchange for some sweets. This is the Scottish tradition of "Guising", which dates back to the 16th century, and is one of the precursors of "Trick or Treating".

Our new home is in a little cul-de-sac, and there are always kids riding their bikes about or throwing a ball, so we wanted to make sure that people knew we were taking part in our tiny community.

We ended up with about 30 kids in total, in groups from 2 to 6 in size, some with parents watching from the end of the drive, some clearly trusted to look out for each other. Mostly they told a joke (and I discovered that 7 year olds don't understand that "That was *terrible*" is a compliment when it comes to jokes), one group did a song all together, and two played instruments (one had a violin, accompanied by her mother on a tiny drum. The other had a melodica).

The older kids made sure that the younger kids all got a go, and they were terribly polite, nervous, and excited. I was delighted with the whole evening, and we're looking forward to next year already. And, in a couple of years, taking Sophia round the neighborhood ourselves.

Even more when it was carved and had a candle in it: 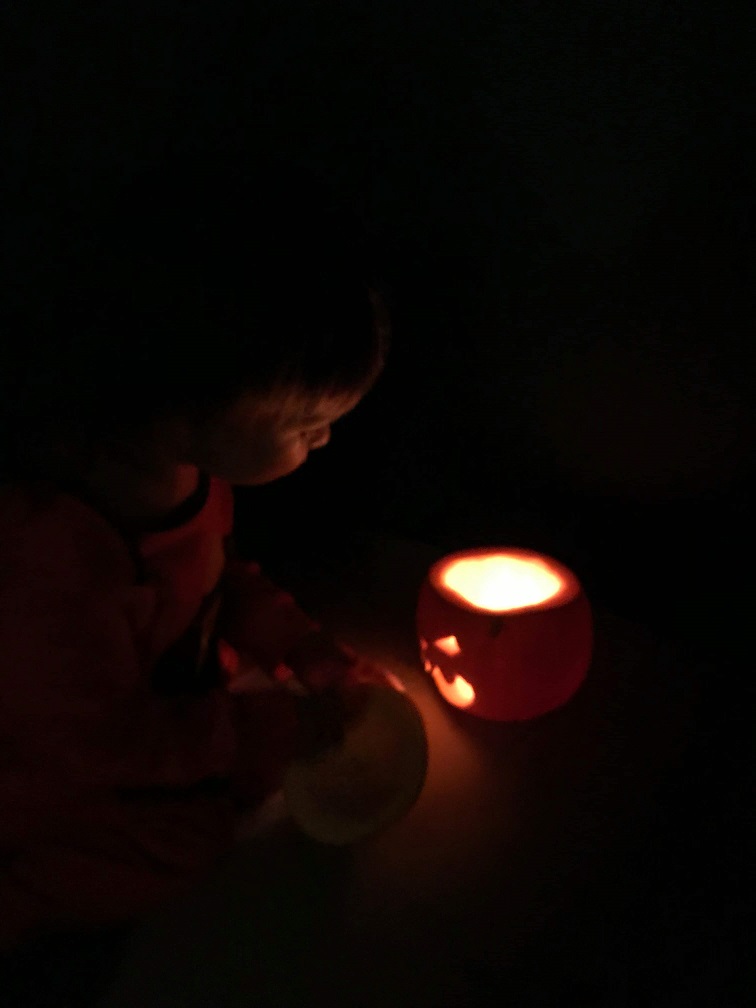 This is how you summon the neighbourhood children: