We went to North Berwick yesterday, which I've never been to, despite it being visible from Edinburgh, and only half an hour away on the train.

I'd always wanted to walk up North Berwick Law, which is the bit of North Berwick you can see from Edinburgh, being a conical hill just to the South of it.

You can see it from the train car park:

Or here's a shot a bit closer:

Or this one from the base:

Jane led the way up as she'd been up multiple times before with Stew (and used to work as a teacher in the town many years ago):

And we got a nice view of the town from above. The heavily wooded bits are the original town, and you can see it's expanding quite a lot, presumably as Edinburgh gets more packed/expensive, and it becomes more viable as a commuter town, retirement area, and gets full of arty people (I counted four different theatre groups advertising around the town).

There's a small broken-down building just before the top, and Jane got two nice views from it, the first of which shows Bass Rock, which is home to 150,000 gannets. And is that colour for that reason. 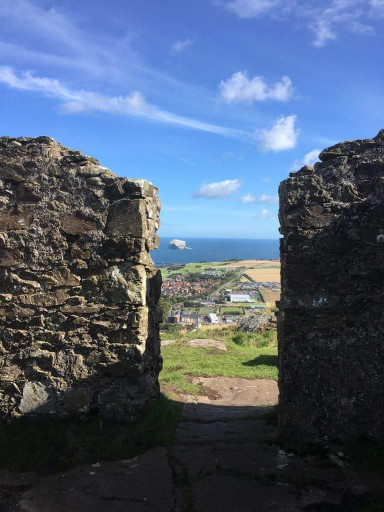 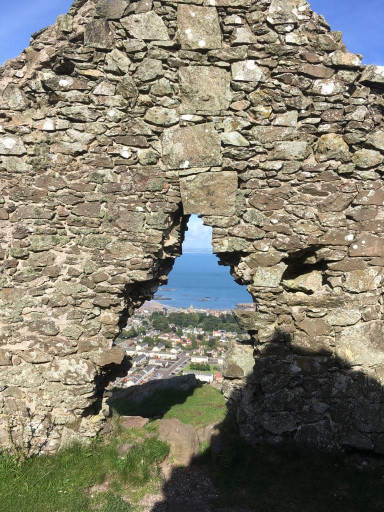 When we got to the top I held our child aloft in front of the (recreation) Whale Jawbone. Because I could. 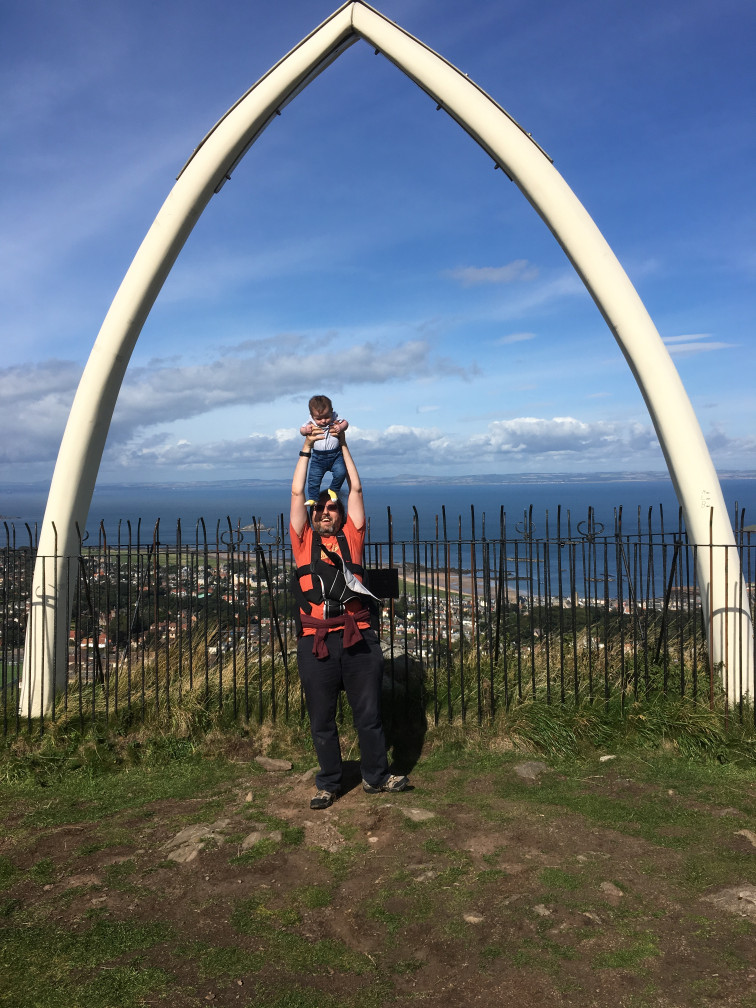 Then we wandered back down, and Jane showed me along the high street (where I thought that this was a little too efficient):

And then got the train back. It was a lovely day, but quite tiring: 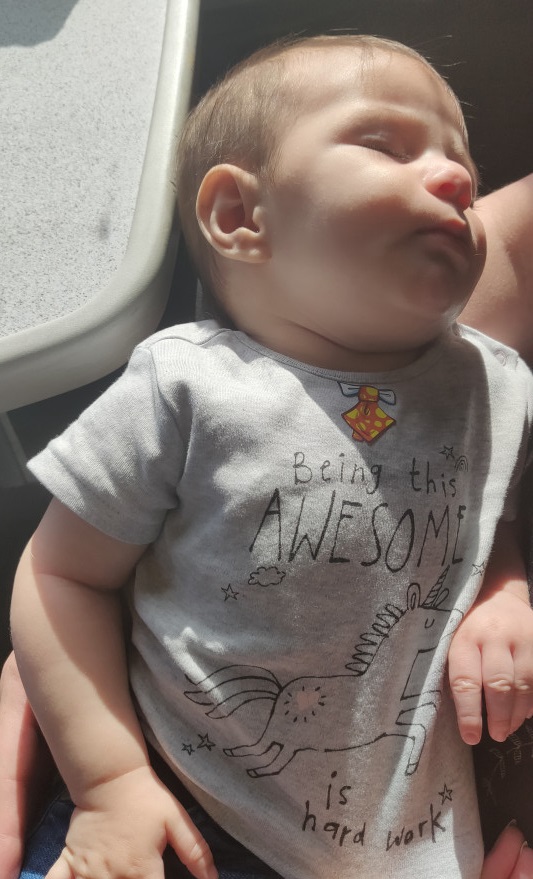