Scotland's better off without e-voting
(tags: Scotland voting Technology )
Many of You Are Homesick–For a Place You’ve Never Been
(tags: location emotion )
Cambridge Analytica Whistleblower used to work for Lib Dems and warned them of their 2015 demise
(tags: libdem politics personality uk facebook )
Lead kills one in five Americans
(tags: death lead health )
The Metropolitan Police doesn't understand hate crime
(tags: crime hate uk )
The latest meme type is fantasy painting object labelling. I like it.
(tags: meme art fantasy )
What is the meaning behind the March equilux and equinox?
Only three months until the days get shorter!
(tags: light time date astronomy )
Psychologists have profiled the kind of person who is willing to confront anti-social behaviour
(tags: psychology behaviour society )

I took some photos.

This is them. (Part 1, I've split this into bits because of the number of photos.)

We went to Atholl Palace Hotel on Valentine's Day itself, stayed overnight, and came back the next day. Apparently, even for Valentine's Day most people don't want to travel to the Highlands on a weekday, so Jane managed to find us a great deal.

On the way up there was a great view of dark clouds forming over Edinburgh. We live in front of Arthur's Seat (the pointy bit on the far left), and the Pentland Hills are on the right. The photo was taken from somewhere near Burntisland, on the other side of the Firth of Forth*.
I couldn't decide which of these two I liked more, so you get both:
( Collapse )

*Which I just discovered is a fjord.

A sequel to this post from, well, just now.

Two weeks after we went to Pitlochry, Scotland got its first ever Red Snow Warning.

This is what Edinburgh looked like the night before the first snow arrived: 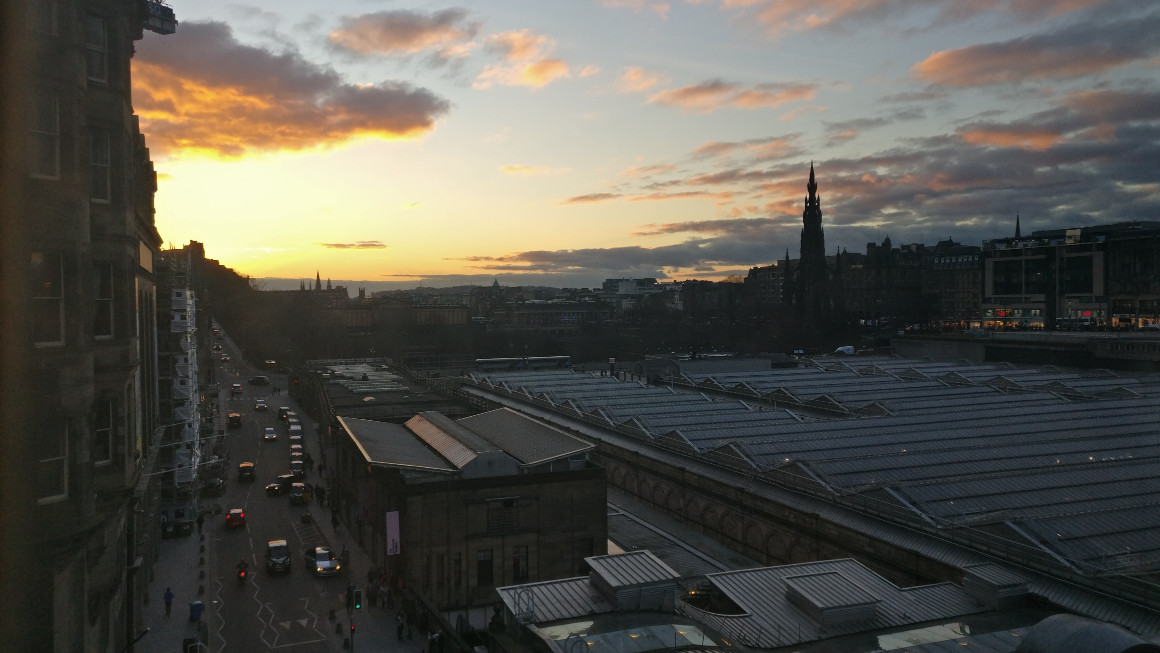 And then on the day of first snow, I took this of the castle, from the seventh floor at work: 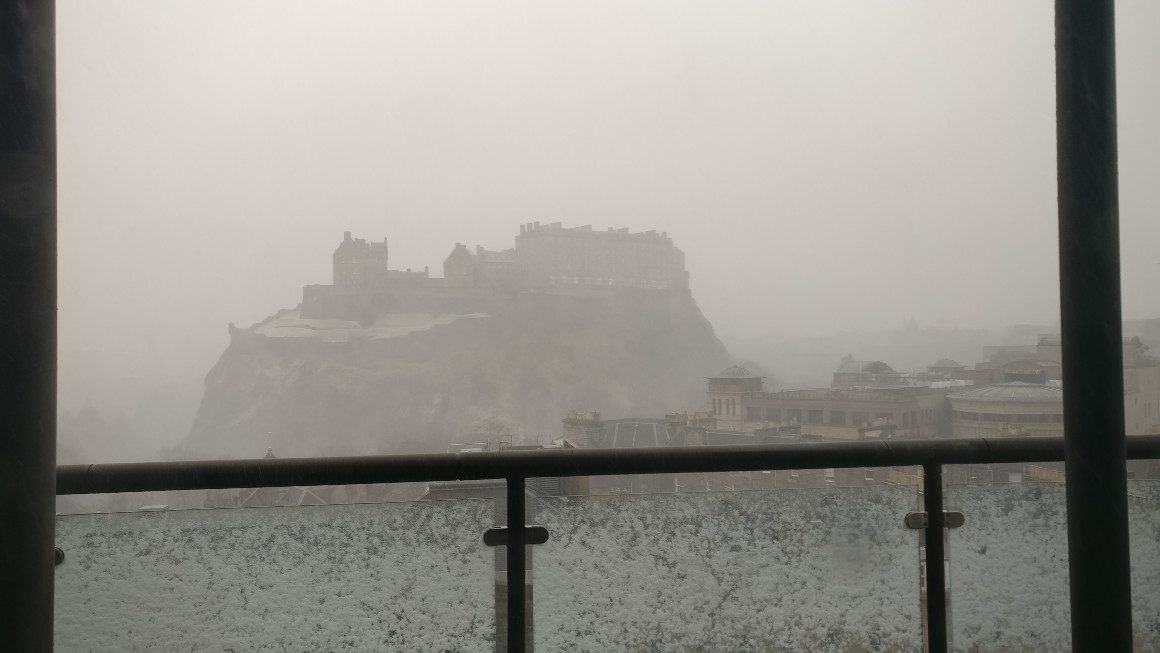 The next day started off nicely, with great views out to the Pentlands: 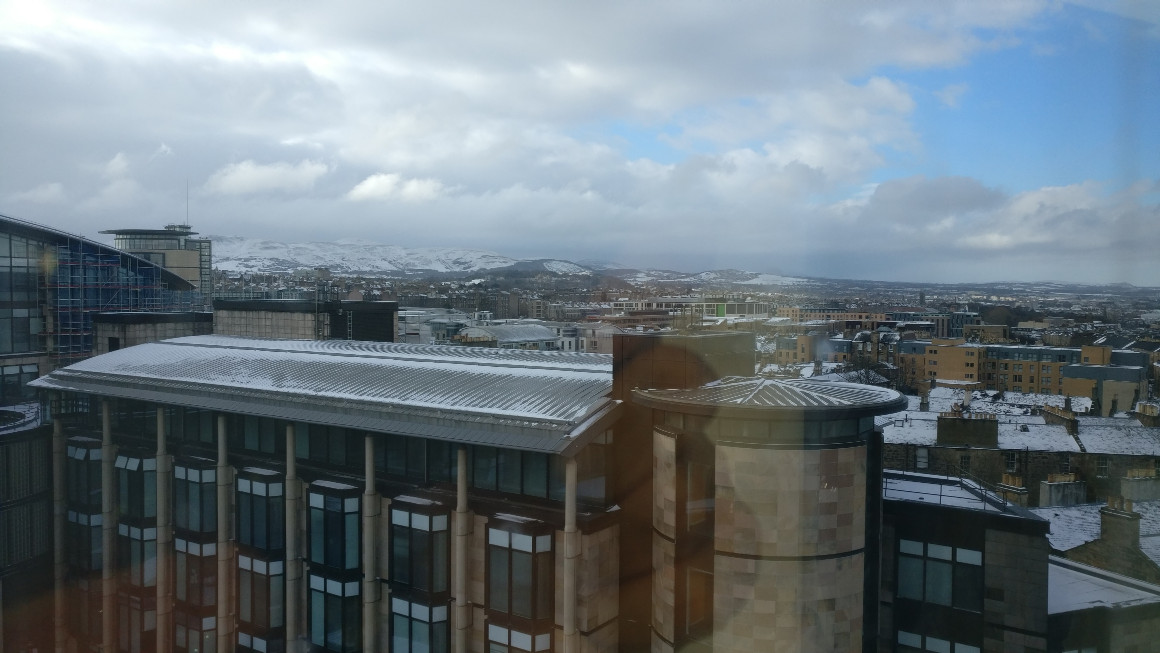 And then around midday this happened 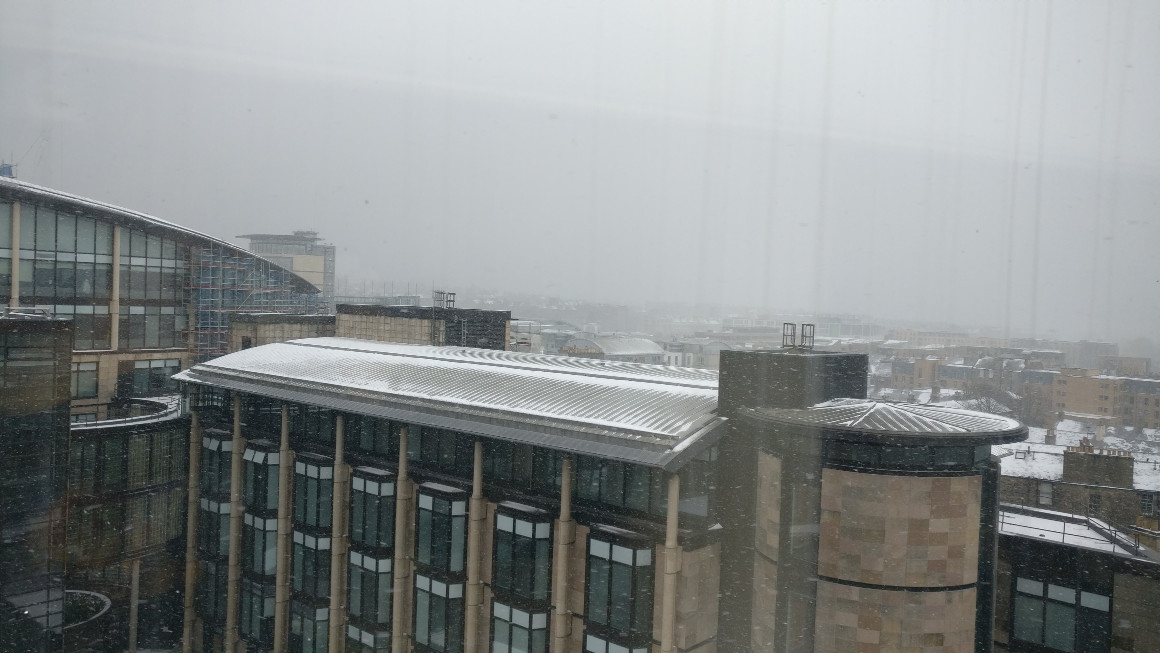 Jim was not impressed* 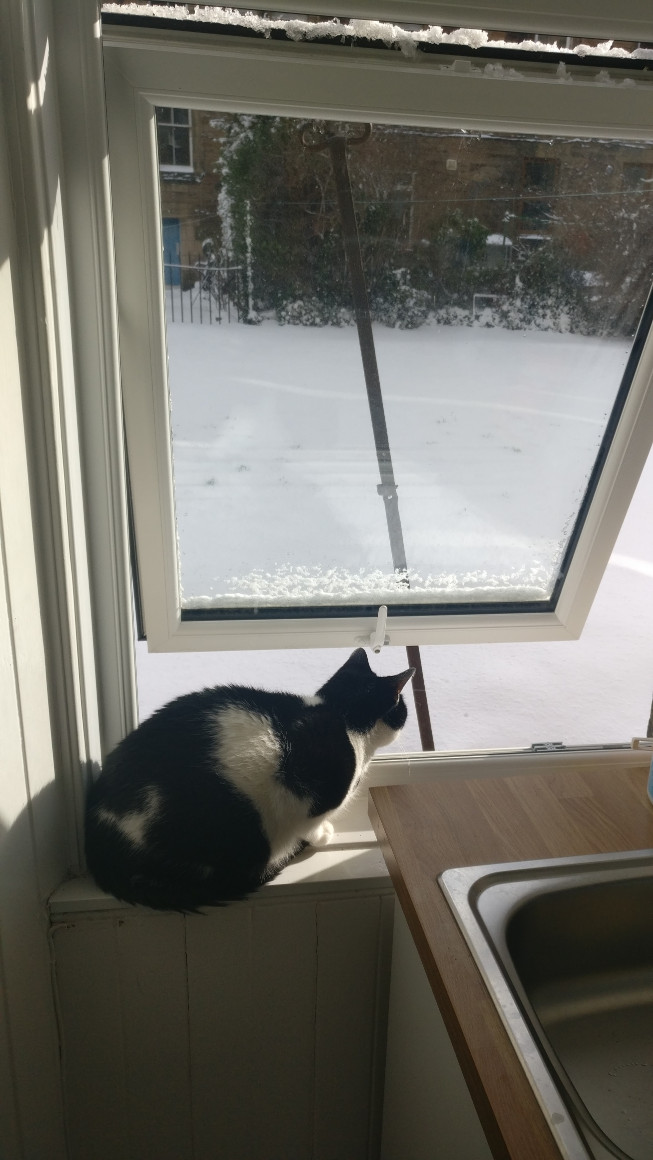 He went out to see what it was like, but lasted about ten seconds after this point 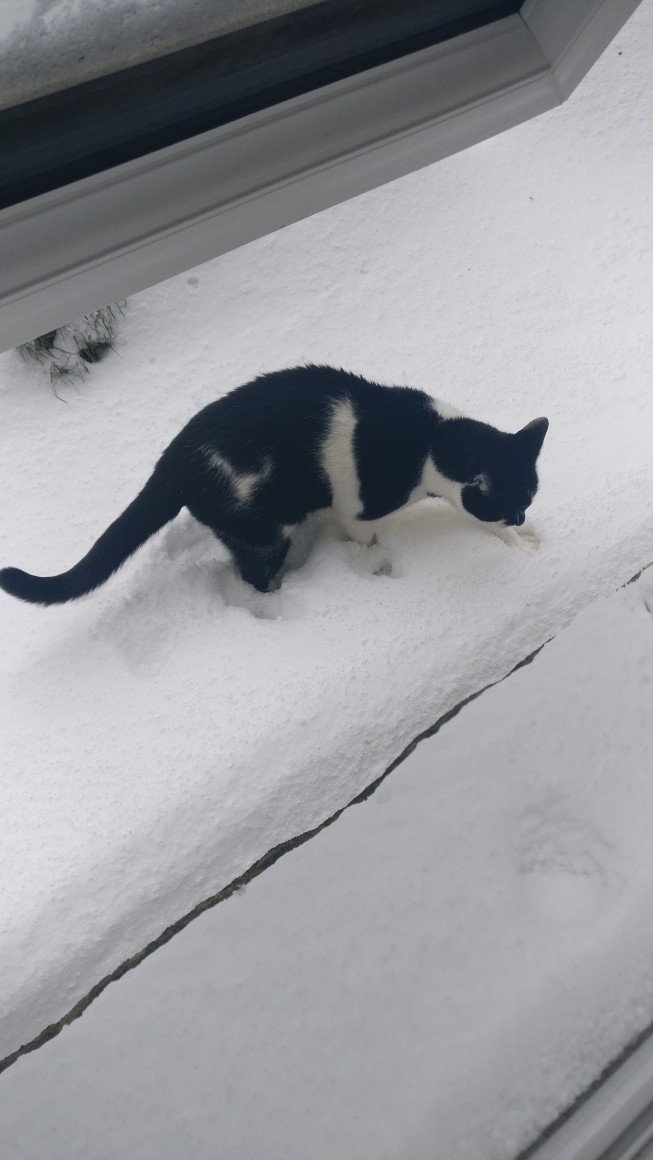 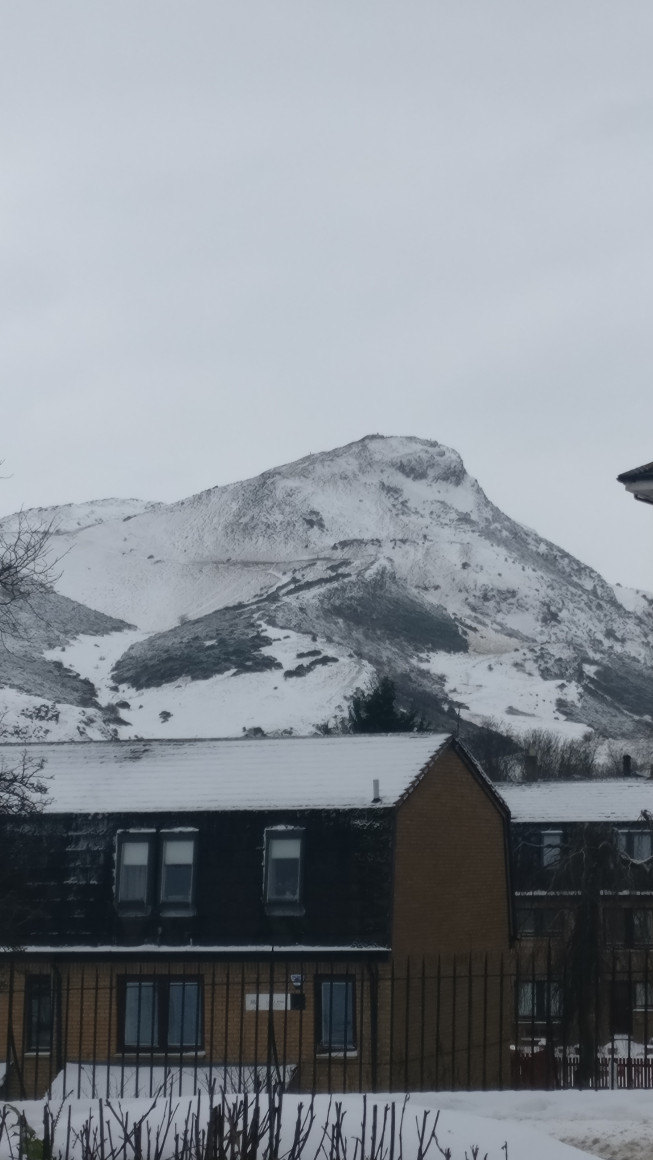 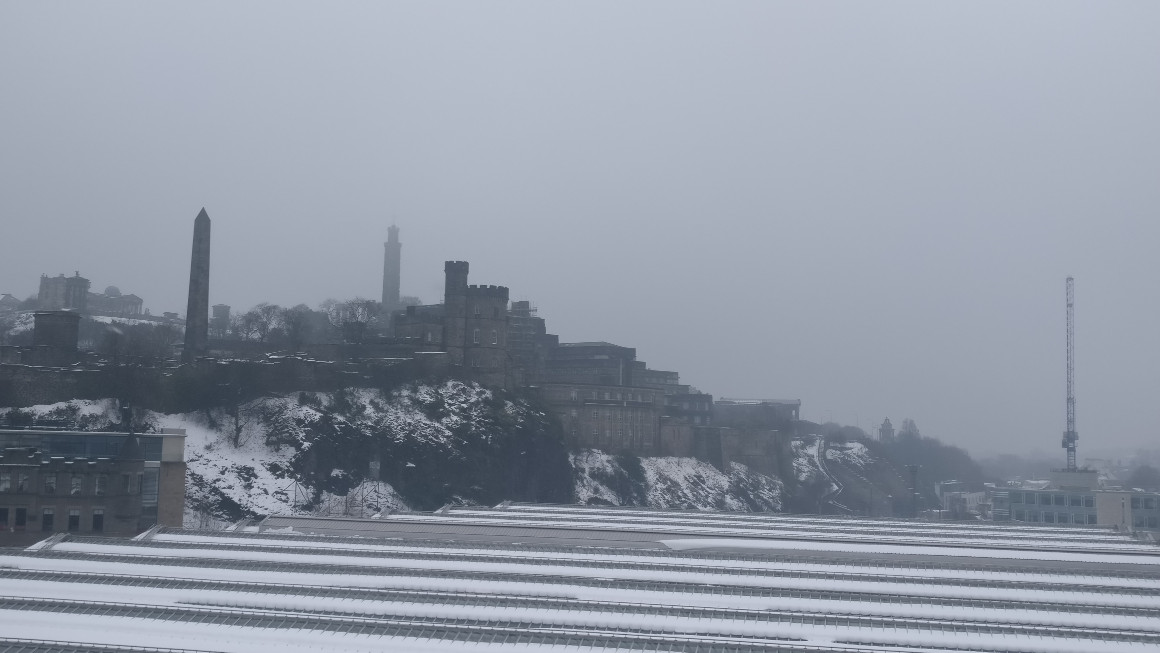 It all cleared up after a few days, and life resumed. Until Sunday, when a flurry of snow arrived and gave us a good sprinkling. It wasn't enough to stop the city moving, this time around, but it did make it look awfully pretty. This, for instance, from outside our front door 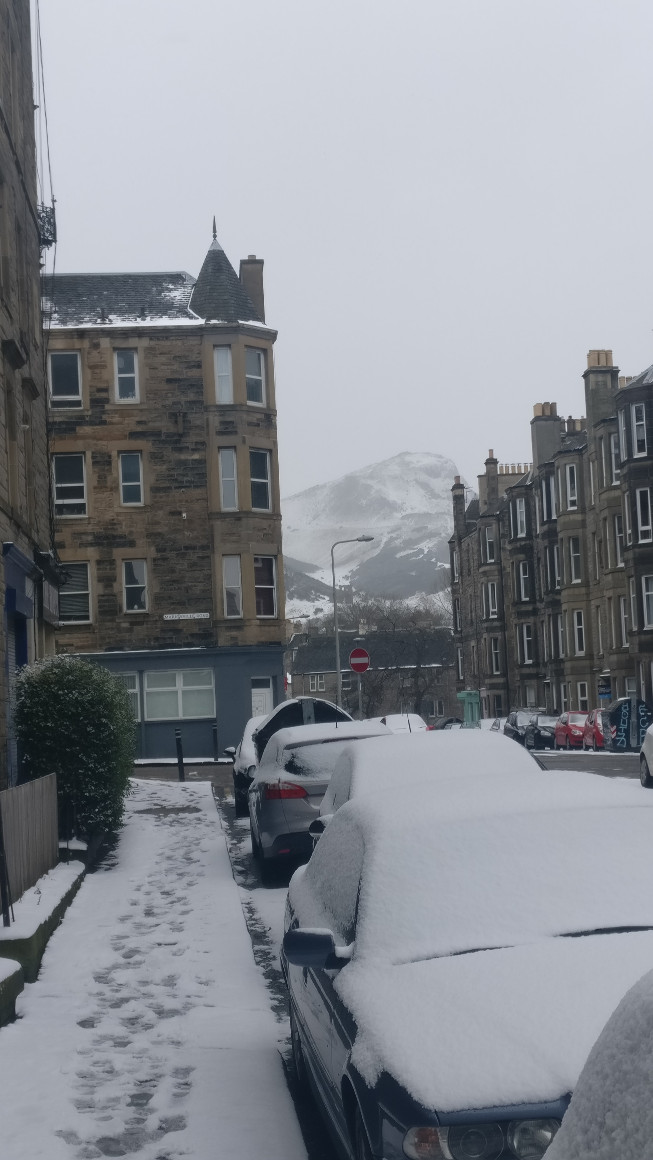 This is The Mound, with art galleries on the right, and the old head office of the Bank of Scotland on the left 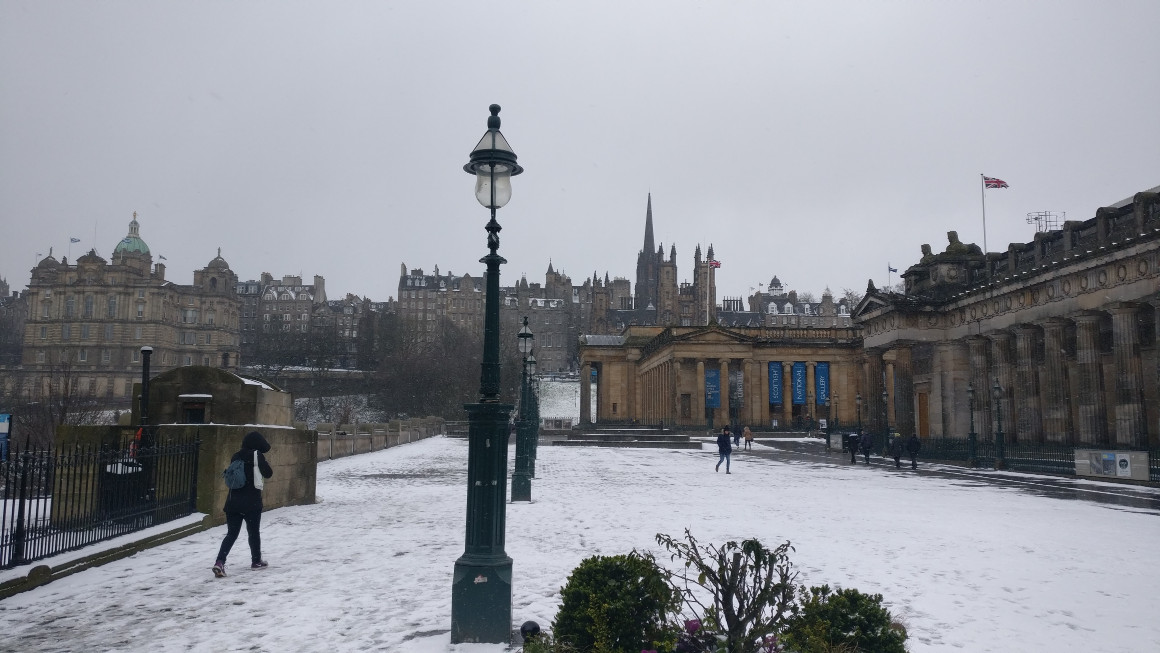 The castle, from just West of that spot 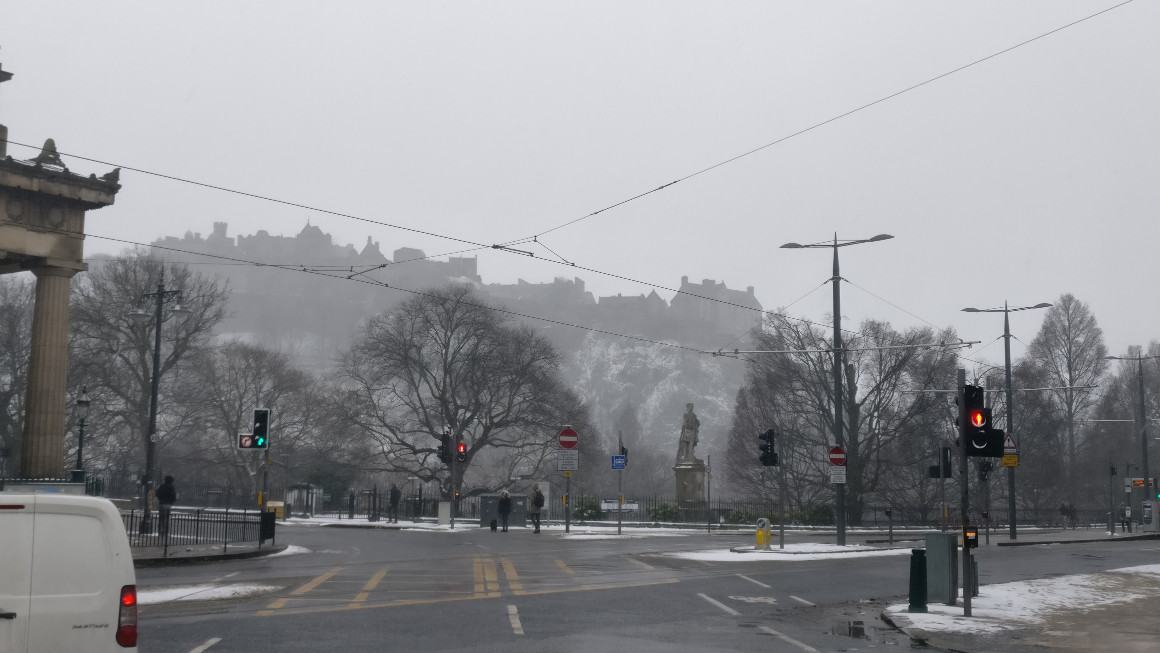 And the Royal Scottish Academy from Hanover Street, where I was waiting for a bus 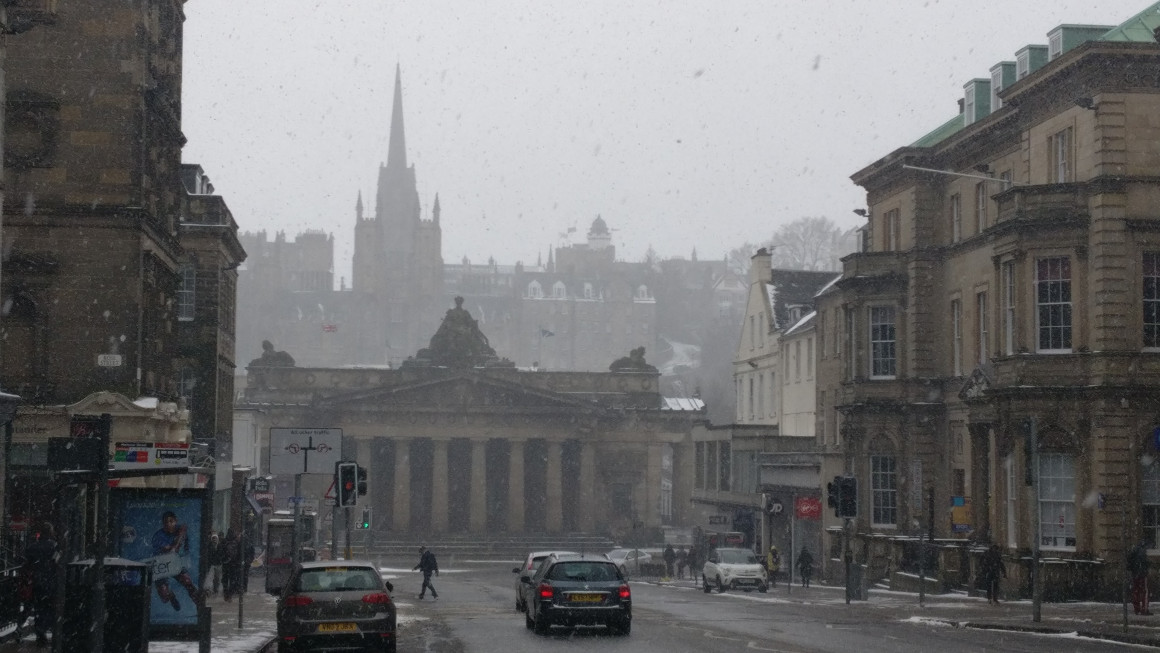 George Street, where I went for shelter, because my bus was delayed by 15 minutes 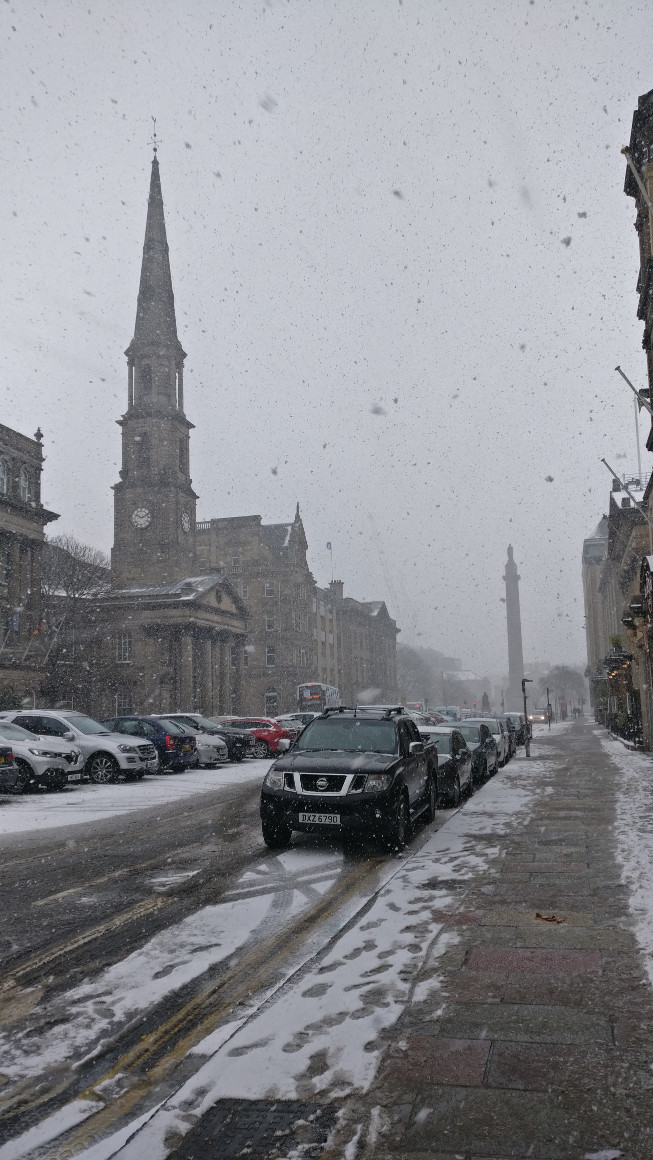 Arthur's Seat this morning. I love the way the snow traces out the paths. A bit blown out by incredibly bright sun just out of shot 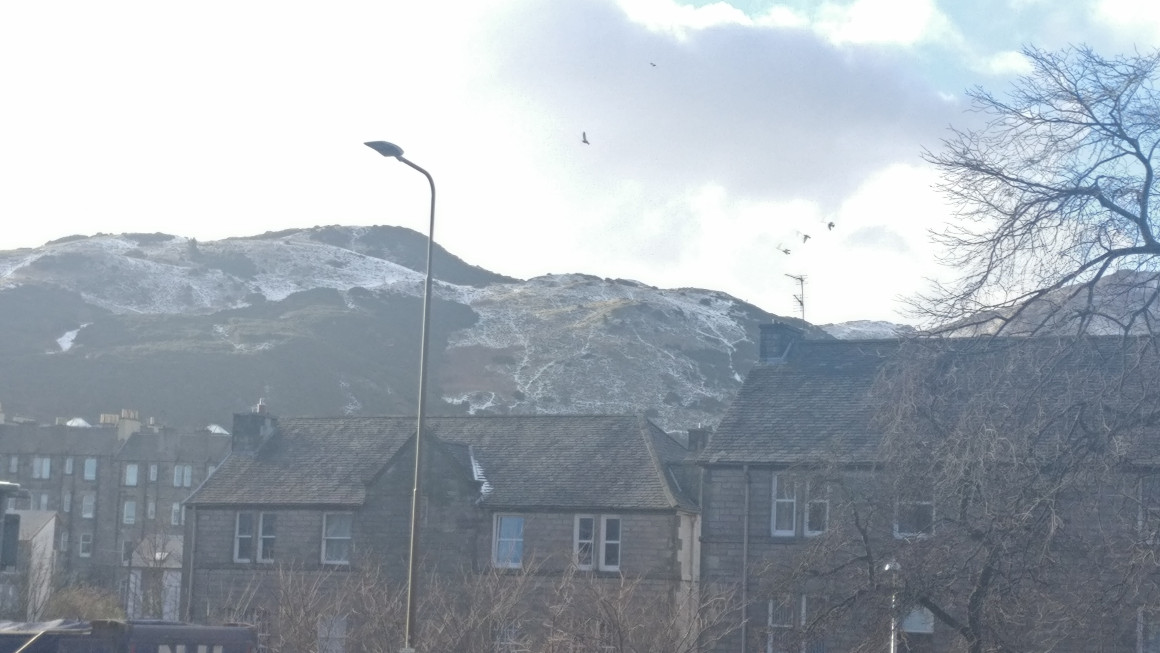 And also with incredibly bright light (my glasses were black when I arrived in work this morning and took about five minutes to return to normal), this was the castle with a bit of snow still left on it 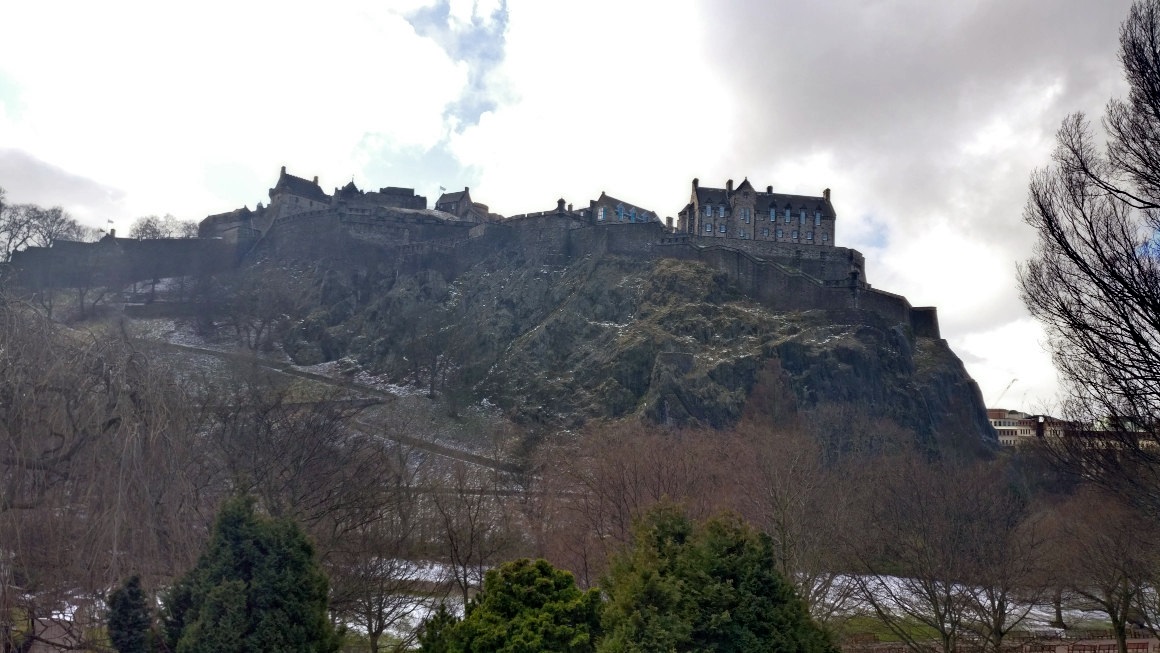 *I really, really need to do a post about Jim. Sorry, I will get around to it.