Thank you to people for suggestions about where to get rid of the sofas. I tried a few of the charities, who all turned them down because they have cat scratches (which seemed odd to me - surely there are more people in desperate need of a sofa than there are free sofas. But maybe not) - and ended up putting them on Freegle (A British breakaway group from Freecycle), and someone who worked with autistic people grabbed them near instantly for a client. The came around two days later, and I helped them strap one of them to the roof of their van, and stuff the other one inside. I'm glad they've gone to someone who will appreciate them.

Speaking of which, here is their replacement, which is huge. It felt overwhelming at first, but having something big enough that Jane (who is six feet tall) can lie down comfortably on one bit of it, with Jim and I comfortably taking up space on the other arm of it, is marvellous. 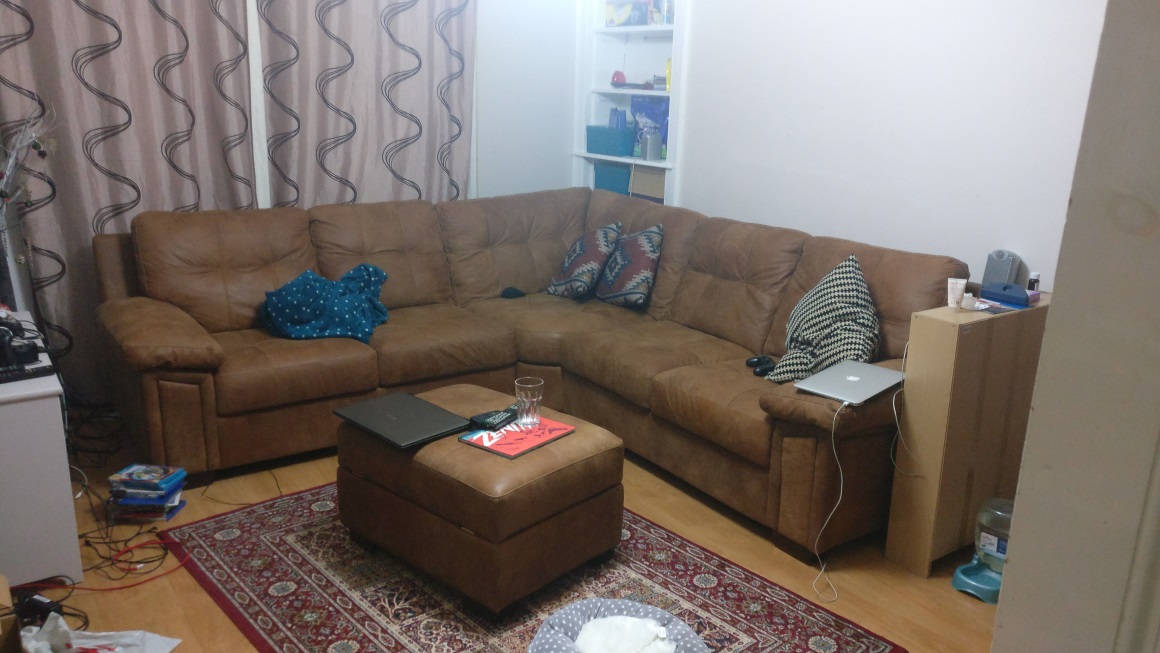 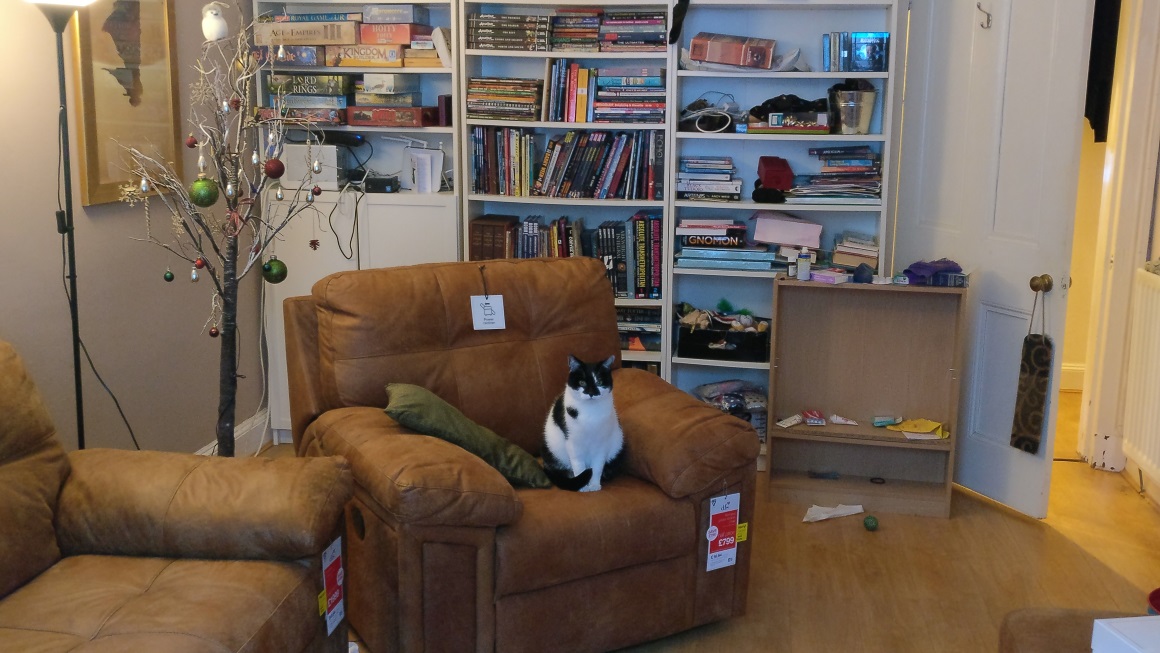 It came in three pieces (plus the recliner, plus the foot rest/box), and I was a bit nervous about them getting it all in - but once they removed the feet it fitted through the door just fine.