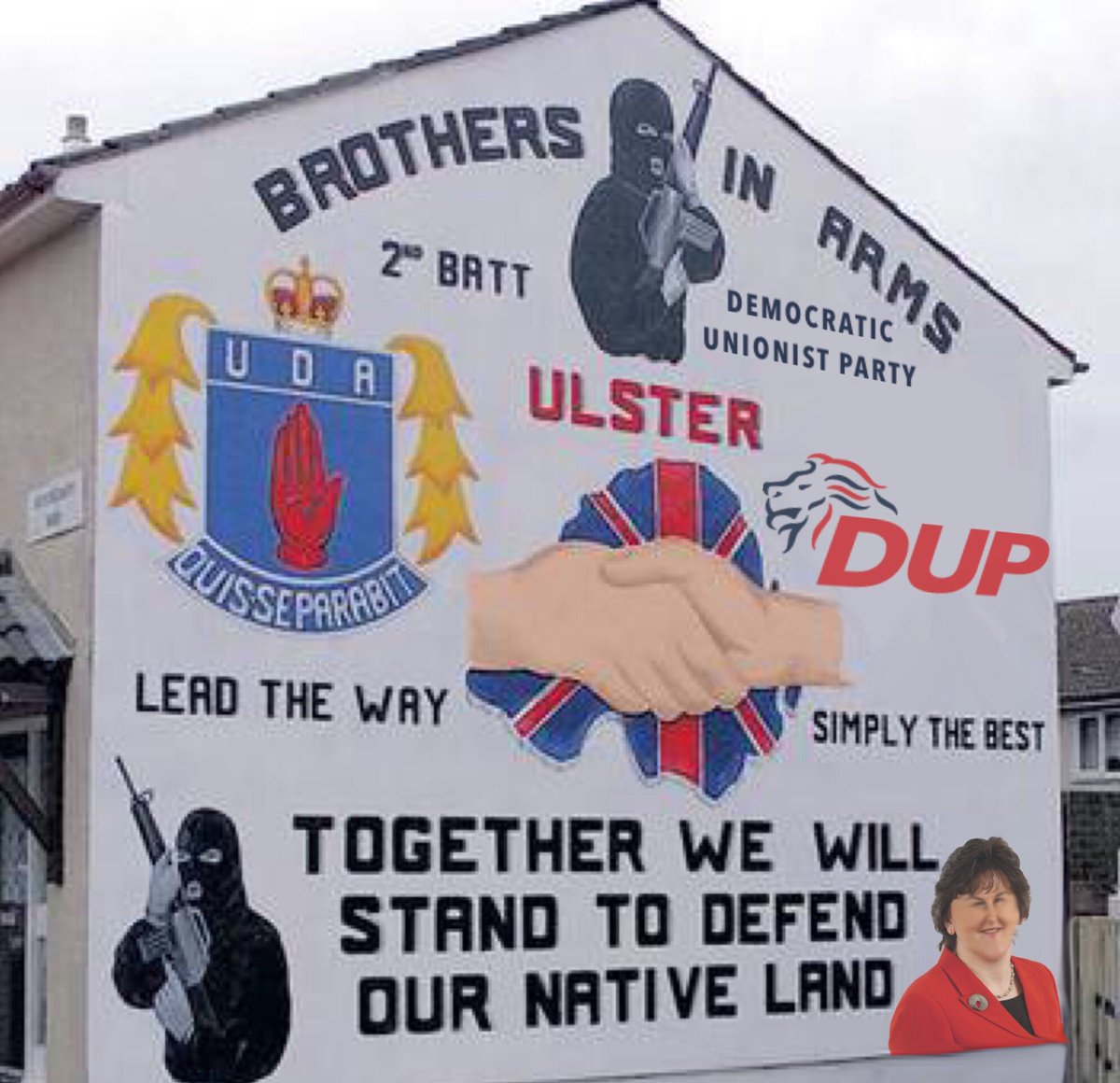 Which Jane took one look at and spotted it was a photoshop. Because (a) the brickwork on the DUP symbol was too smooth, (b) there is no way the UDA would put a picture of a woman on their mural, and (c) his is the real mural: 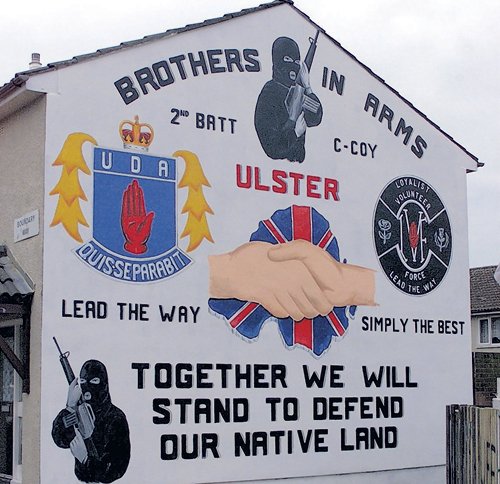 None of which means that the DUP aren't hideously bigoted scum. But I'd rather accuse them of this based on things they've actually said and done, rather than based on false information. So, withut further ado: 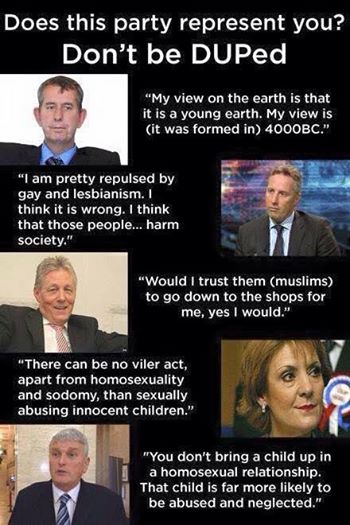