There's a thing which seems to happen a lot when non-science-fiction writers write science fiction. Where they understand the vague shape of science fiction stories, but not how they work under the surface. It's a kind of cargo cult science fiction, which looks like it from a distance, but fails to do any of the things which would actually let it function as science fiction.

Last night's Doctor Who wasn't _terrible_, but it's a good example of this form.

So, the writer understands what shape they want the plot to take. And it comes in two parts:
( Collapse )

Instead of thinking "I have a thing that works this way (for instance, sentient wood) - what interesting things come out of this, and what kind of plot does it lead to?" the writer has thought "I want all of these scenes. If I wave my hands fast enough then nobody will be able to tell that they don't fit together well at all."

And this is common amongst people who don't actually think that science fiction makes sense, or needs to be coherent. Who haven't read/seen/written much science fiction, or who didn't actually follow the explanations and therefore didn't think they needed to make sense, because they didn't make sense to _them_. And you can get away with a certain amount of that - coherency is more important than making total sense, and you can frequently get away with a certain amount of handwaviness if your emotional plot comes together perfectly. But when your plot is basically _made_ of handwaving, and your emotional plot is compressed into only the final three minutes, you're left with a mess. Which is a shame. (Particularly as I enjoyed the first three episodes of the season, which also had plenty of silly handwaviness, but managed to still be entertaining fun.)

We were exercising Gieia earlier when she decided to abandon the chair she was snaked around, go up my sleeve, round my back, and then out of my collar: 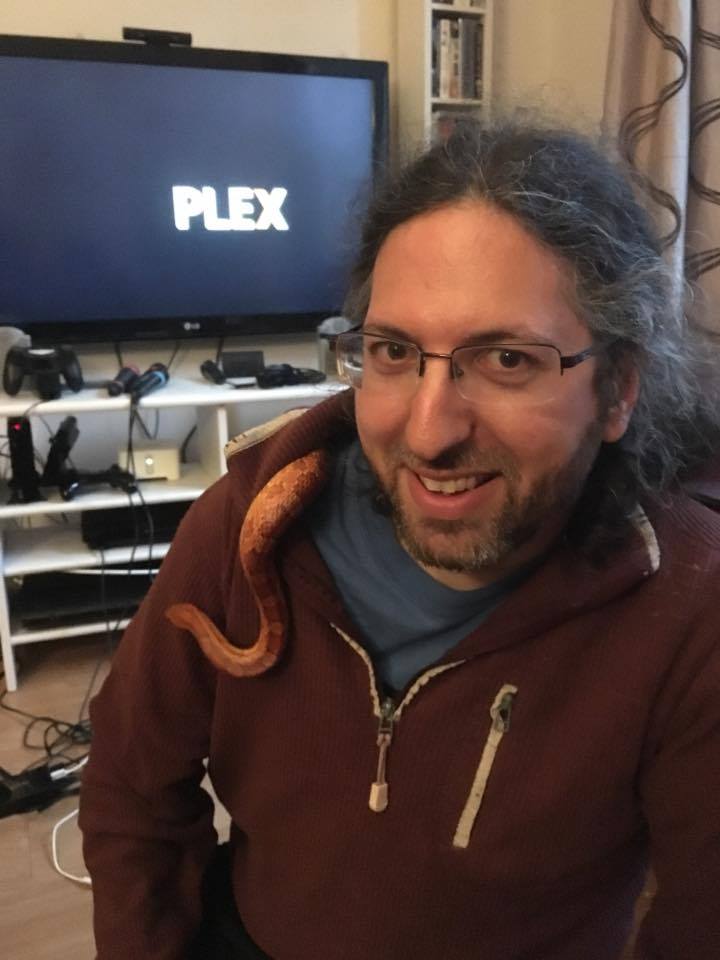 And then, when we tried to collect her, to put her back in her vivarium, she decided that the best view was from the top of my head: 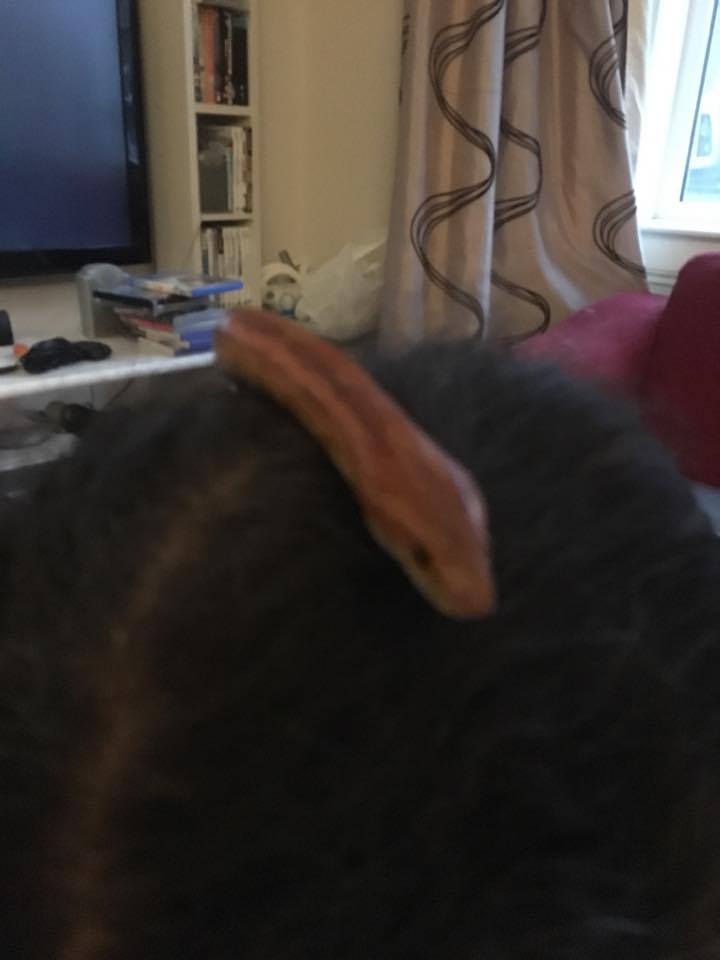 and, indeed, that what I needed was a snake hat: 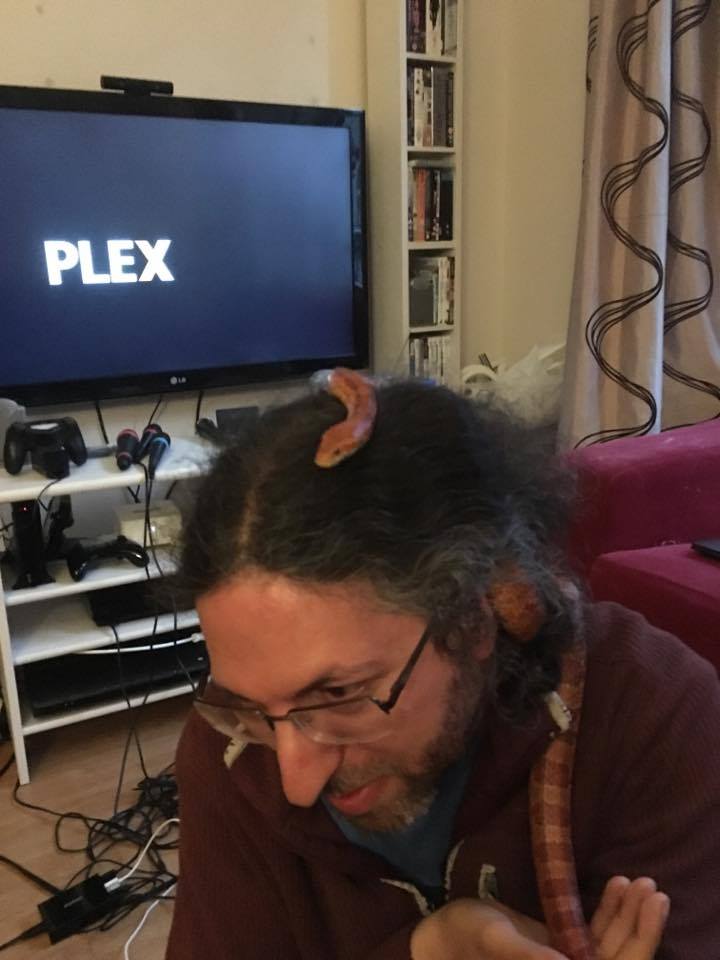 She survived the experience though, and is now back in her home, watching us through the glass, clearly wishing she could spend more of the evening watching TV with us on the sofa.