Print your own (and see an explanation of the basics) here.

This is us, on our way up to climb Cribyn: 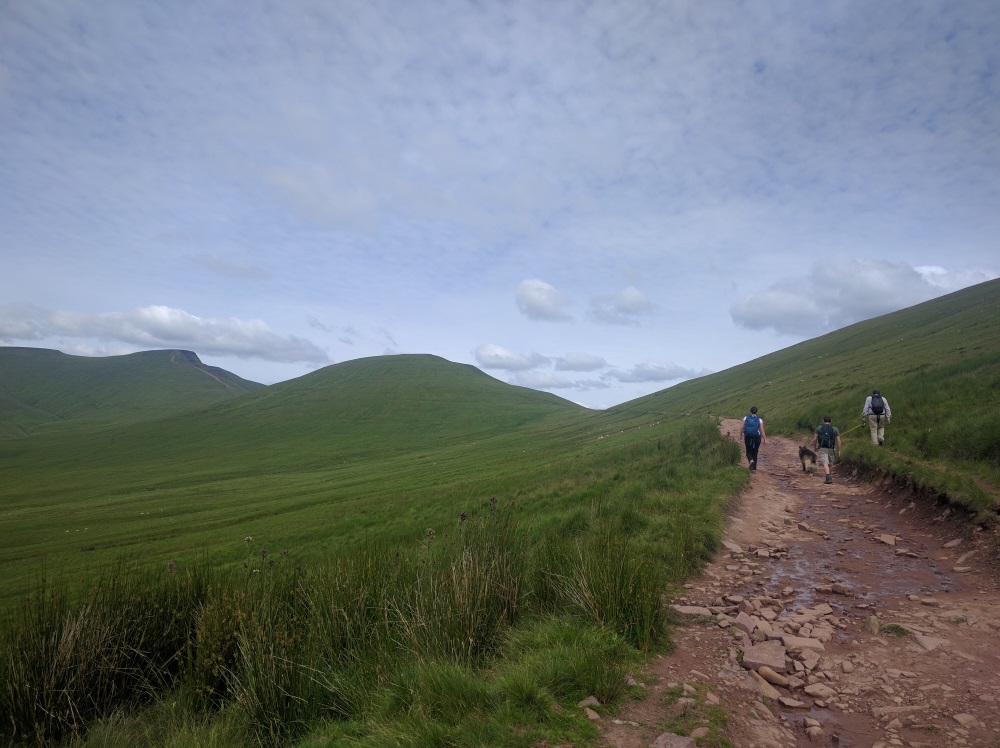 (Us, in this case being Helen (Mike's girlfriend), Uther, Mike, and my Dad.)

The weather was lovely, and the walk is quite a nice gentle one, particularly as the car park is at 400m, so it's only about a 400m climb to the top. Cribyn is the hill on the left.

Or, so we thought. Following some terribly careless map-reading we had confused ourselves, and Cribyn is the one on the right, while Pen y Fan is the one on the left. It is also about 100m higher than Cribyn. Which was exciting to find out when we were three-quarters of the way up it.

The view from Pen Y Fan to Cribyn was quite impressive though: 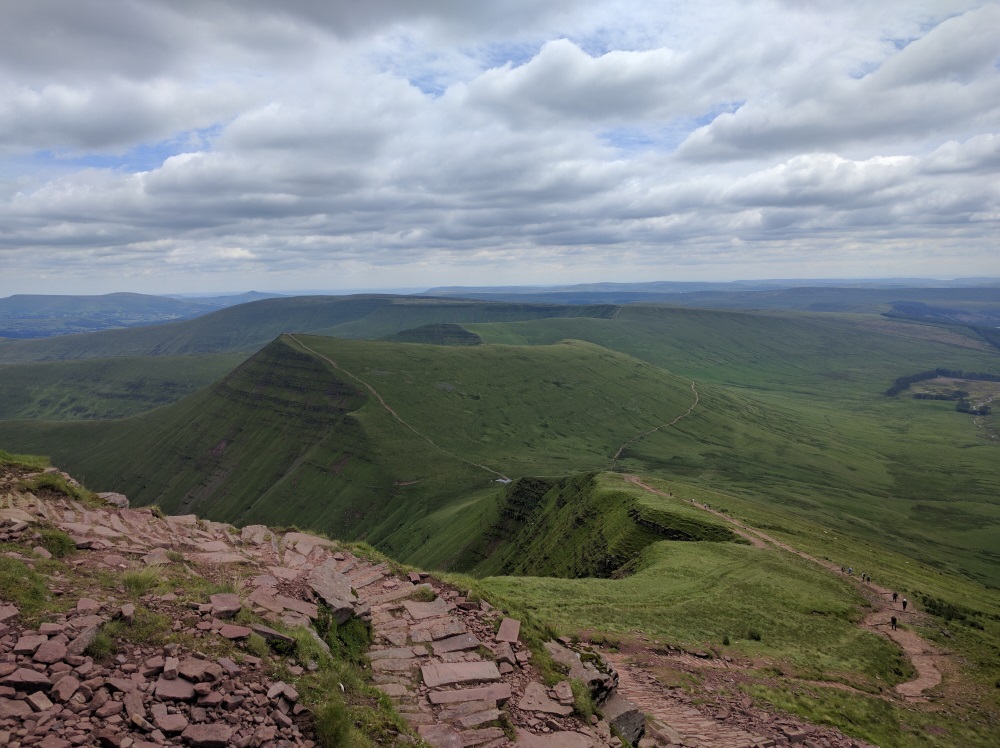 As was the view back down the valley towards the (currently empty) reservoir: 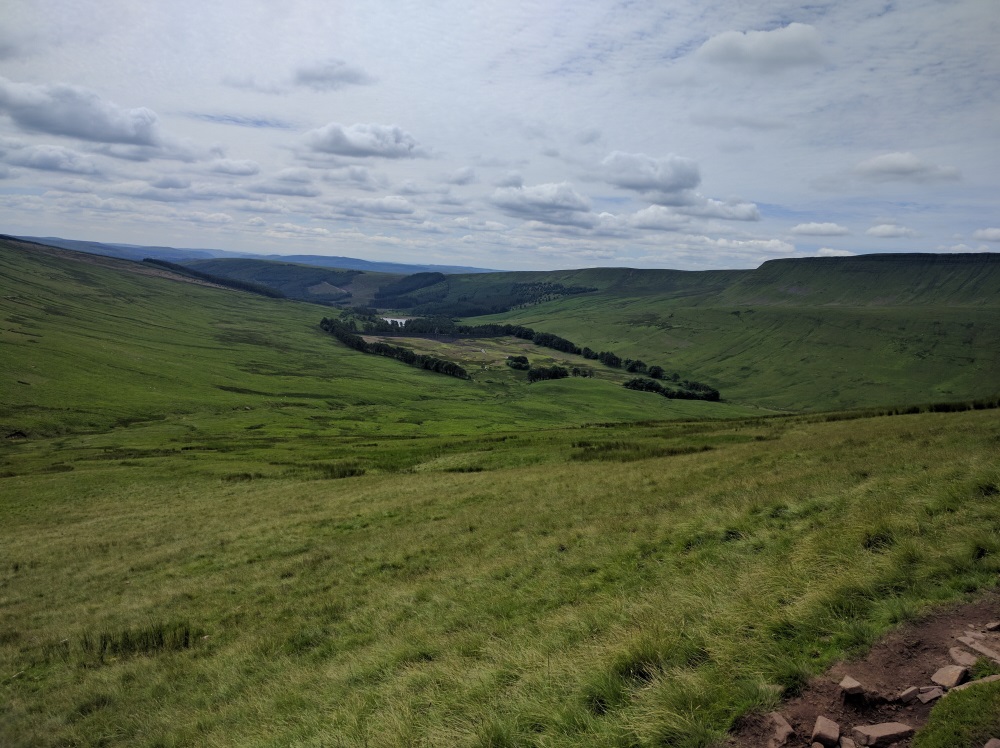 To give you an idea of how gorgeous the view was overall, here's a panorama I shot showing the view down the valley, with the path behind us on the left, and the path ahead on the right.

Having made it to the top we decided to continue around the circuit of hills. Mike and Helen popped up Corn Du on the way past, and then we followed a path further on that I found on my OS Maps. OS MapFinder, by the way, despite being a pretty rubbishly designed app was still utterly invaluable. Having offline access to the high quality maps that the Ordnance Survey have produced made life so much easier. Google Maps is frankly rubbish for walking, and OSM is better, but still not great.

However, because OS maps are so detailed they frequently have paths on them which are...not great. In this case, possibly the result of two sheep wandering back and forth. And then, later on, once we'd had to pick Uther up and carry him over a stile, more the result of a singular rabbit wandering next to a river bed. On the plus side, this led us through a bit of gorgeous forest that was incredibly closed in and undisturbed. On the minus side, actually clambering along the side of a river is not an awful lot of fun. In the end we decided not to follow the second half of that route, and detoured onto one that was about three times as long but involved actual roads.

In the end the walk was about 12 miles long, and took us about five hours what with all of the going up and down to peaks and clambering about. And now my legs would like to fall off. Was good though.