Yesterday was mostly good. I met up with

pennski and took them on a tour of (bits of) Edinburgh, including the National Museum of Scotland, the Wee Burger Kitchen, Calton Hill, and various points in-between. They're staying at The Thistle Hotel, which is due for demolition in two months, so it was really interesting to finally see the inside. It was a tiring day, but I thoroughly enjoyed it. Also very nice to spend time with people who can happily declare it to be introvert time, at which point we all spent an hour staring at books/electronic devices, until we felt like doing something again.

joexnz got burgled. Very efficiently, too, as the burglars broke one pane of glass, and stole only her MacBook and charger (which weren't even in the same room). Which is an unpleasant thing to go through, so I got in a taxi around 1am, just as the clocks went forward to 2am, and went over to keep her company.

And so today I am tired. And meeting up with

pennski again at 1pm to visit Mary King's Close, following which I suspect I will be spending the rest of the day in a heap, and then going to bed early.

I left a plastic oven tray thingy sitting on the hob, with the hob on low.

It was the world's smallest kitchen fire, taking out just the hob and the extractor fan, and the smell has already nearly dissipated. It's just annoying.

Oh, and also the gas has had to be turned off, which means no hot water. And the insurance company are closed today (and presumably also tomorrow/Easter Monday), so presumably no gas until they come and take a look at things. Yaaaaaaay. 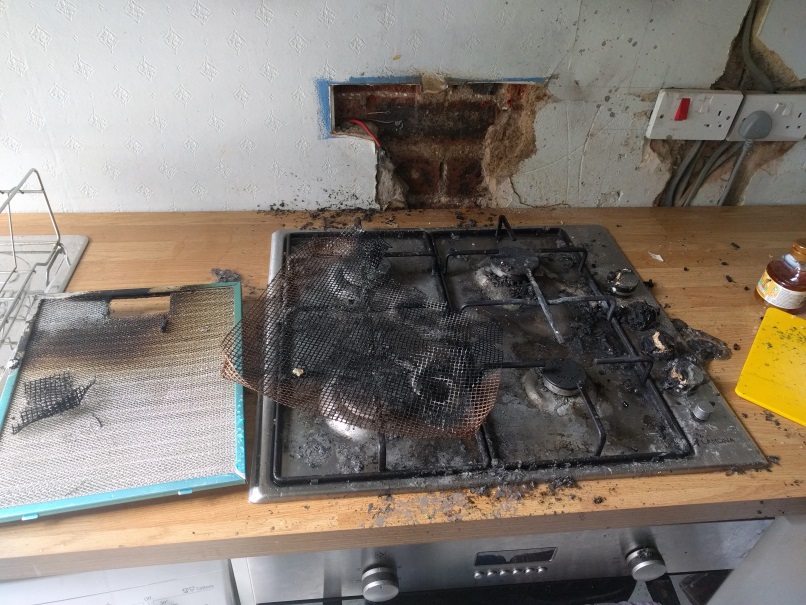 The firefighers came back and fitted a brand new smoke detector, and told us that it was safe to turn the gas back on, so we have heating and hot water again, which is a relief.

Still exhausted though, and I suspect the adrenaline hasn't helped there. So I am currently slumped on the sofa, idly watching Dan Sucks At Dark Souls in the background and yawning a lot.

I am very fed up with being tired. Definitely getting an early night tonight. Between now and then I will do a teensy bit of tidying. Sadly, I can't do anything about the insurance until Tuesday, with everything shut until the Easter weekend is over.

I would _love_ to see how this was done.

(Also, I haven't seen the movie, but I assume it's very good, particularly considering it won the Best Foreign Film Oscar in 2009.)