Julie saw this on Facebook, shared from a taxi driver who was furious after he realised he'd been paid with it: 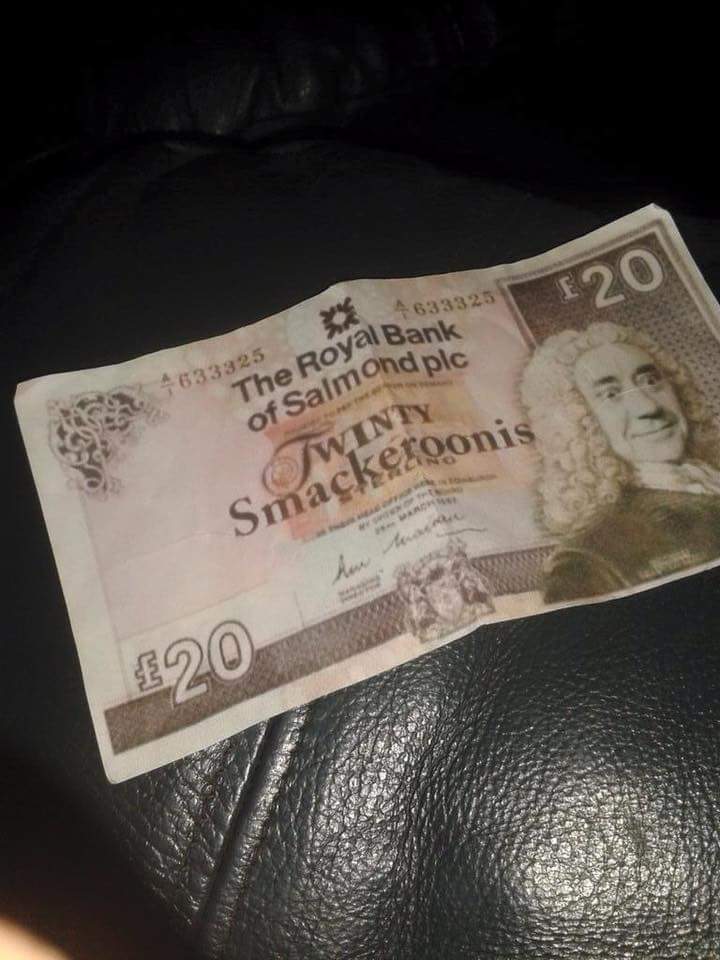 (No idea if that's a true story of course. But it did make me giggle.)

Watched Trainwreck this afternoon with Steph and Simon. Dorothy had been supposed to join us (and was the original driver of the viewing) but has sadly been ill this weekend, so we watched it without her. I liked it, albeit not as much as I was hoping to. My main issue was that we started with a main character who seemingly believes X, and we finish with this character believing !X, but at no point in the middle does she actually grapple with the arguments. Instead, the second she's offered !X in a meaningful way she leaps at it, and while there are struggles in how she adapts to it, they aren't terribly interesting ones, or gone into in enough believable depth to be terribly interesting. It's also tonally difficult, with some parts clearly demanding to be taken seriously, while others require heavy lifting of disbelief. That it still worked at all is impressive, and I'm glad I saw it. I just wish I couldn't see a better film inside of it, covered up by genre conventions.

Simon Schama was altogether better. He was talking in advance of his new BBC series/book/National Portrait Gallery Exhibition: The Face Of Britain, about British portraiture through history, and what it can tell us about various moments in society, and how they changed. He was dynamic, knowledgable, excited, and positive, talking us through a set of portraits, their context, and what was so interesting about each one. I'm about to set up the Tivo to record the series, and I'd recommend that you give it a look.

On the way home there was an amazing moon hanging over the Royal Mile. Sadly, my phone camera is not capable of capturing how amazing it looked (or how it looked over Arthur's Seat when we got the bus along Edinburgh's Best View). But it did have a stab at it: 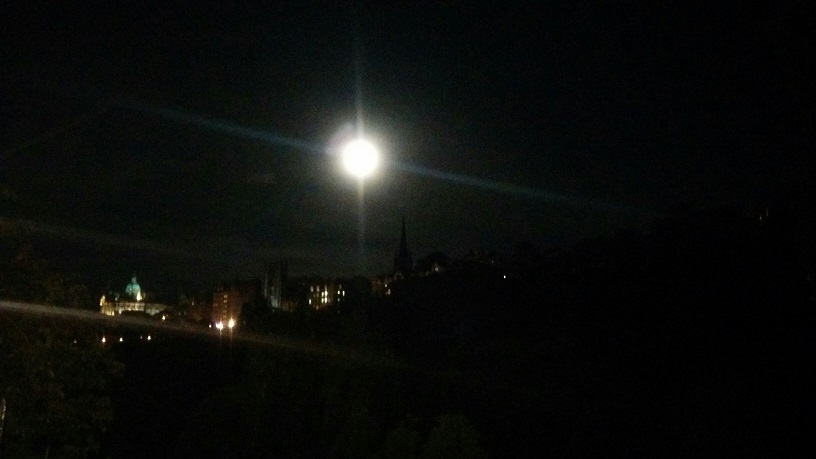