On Thursday I wandered into town and met up with old friend Bill, and we went to see a Tennesee Williams play (Confessional) purely on the basis of half-price tickets. This is set in a bar, and the theatre space was set up so that 2/3 of the area was a bar. Including free beer/coke for people as they walked in. Chatting to the performers afterwards it turns out that it's laid out differently on a regular basis, and as the audience sit at at least some of the bar tables, they have to work around them differently every performance, which keeps them on their toes.

It was well performed and the dialogue was good, but I didn't feel terribly engaged by it. It was expanded later into Small Craft Warnings, and the Wikipedia page for that says "The play is scarcely plot based, and might be considered more of a kaleidoscopic pastiche of monologues" - which sums it up rather well. Interesting though, and I'm glad I've finally seen something by Tennessee Williams!

On Friday I left work at 4:30 and headed into the heart of The Fringe, picking up tickets in The Underbelly, just off Grassmarket, to see Thunderbards, a comedy sketch duo. I've just tracked down this quote from a review, which sums them up perfectly:

Thunderbards doesn’t do anything particularly new with the sketch-show format; the only difference here is some kind of framing device. But the sketches therein are invariably funny, and have been rehearsed to a slickness which never feels stale.

I enjoyed them, but wouldn't urge people to dash out to them as a matter of urgency. Which is good, as their last show is in two hours.

I _would_ recommend "Festival of the Spoken Nerd's: Just For Graphs", who are about to tour the UK, and are well worth seeing if you're a nerd, or like math jokes. Or graphs that are on fire. They were great fun, very polished, and knew their audience perfectly.

gummitch, who already had tickets for the show, as part of their week-long festival extravaganza.

anef come up every year, and this year had brought

tamaranth with them. So Julie came out afterwards, met up with the five of us at the gorgeous apartments they were staying at, and then we headed to L'esarcgot Bleu for delicious french cuisine. I had the lamb, which was nice, but I did spend a chunk of the meal staring at

Amusing subjects of discussion over the dinner table included portrayal of Steve Rogers in the movies (nicely summed up in this discussion I bumped into the next day. And also of archaic computer storage media, nicely summed up by this: 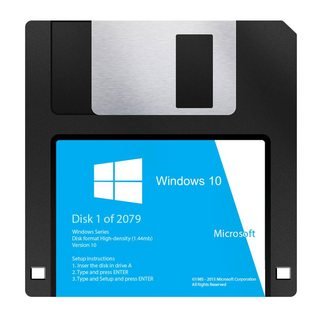 Saturday we spent largely recovering, before going over to see

gwendysmile for geeky board games. We played several games of Dominion, and I introduced people to Dobble, a very silly and quick card-matching game which I am indebted to

And then today we woke up at a reasonable hour (about nine-thirty), and had breakfast out. My favourite breakfast place (the Edinburgh Restaurant) now has a gluten-free option (which mostly means leaving off the sausages and adding GF toast) which was great. And

pisica and Chris WINOLJ joined us, which was lovely. Then John Lewis for Julie to buy thread, before returning home to collapse in a little heap.

I've gone from having the phone in my hand much of the time to really not touching it much at all.  I already have a lot of soundcodes on my phone -- I know when my kid is texting me, or when Snapchat or Breaking News is going off -- but you can only fine-grain that so much.  I don't know *who* is Snapping me, I don't know if the newsflash is worth taking the phone out for, I don't know if the email is from a human or a robot.  That all kicks to my wrist now.  The phone stays in my pocket a lot more.  The speedbumps in my day that it smooths out are probably trivial, but the new layer of distance and quiet that it introduces feels real.

This rings very true to me. I still use my phone a lot - for a start it's mostly how I read most of my 110-odd RSS feeds, but if a text, email, or tweet comes in I know if it's something I need to look at or not, and I know I don't need to take my phone out of my pocket to see if something "exciting" has happened.

If you're not someone like me, and you don't get many notifications on your phone, then you probably don't need one for that. You may want one for keeping track of how far you walk, or to track your heart rate. But as I don't do either of these things (this week), I can't help you there...