tisme's return to the UK after 15 months in the antipodes. We went to the Safari Lounge for dinner and conversation (because they're child friendly, so people with kids could come) and then to The Regent for an hour - before leaping across town to see Harmonium.

This was the opening event of the International Festival*, a sound and light performance projected onto the imposing Usher Hall. It marked the 50th anniversary of the Festival Choir, who worked with the Edinburgh University Informatics people to capture faces, heart beats, etc. from the singers and blend them into the visuals.


And that's only a two-minute excerpt. More about how it was made here, some glorious photos here, and the BBC have a six minute behind the scenes piece here that shows some of the data capture in action (courtest of

We then dashed back to the pub, were excited at people, for another hour, and then went home to bed, rather exhausted.

Saturday, we stupidly woke up at 8am. For which I blame my body, which I would like to sack. But then had a relaxing morning in the flat, I _finally_ defeated Manus, Father of the Abyss, and then we went to Penicuik. Which I've never visited, in my thirteen years in Edinburgh. It's a small town outside of the bypass, next to the Pentland hills, and the scenery for the bus journey out there was very pretty. We had a nice time at the barbeque we'd been invited to, and happily spent several hours chatting about terribly random things and meeting new people.

I was exhausted by the end of it, but had been meaning to go out dancing for, ooh, months, and had said to

octopoid_horror that I would at least drop in on Ascension at the Wee Red Bar, where I got to dance to Ministry and Covenant, as well as a few things I didn't recognise. Come 1am, though, I was completely exhausted, and so ran away home.

Today we went to the Foodies Festival, which is a bunch of tents selling amazing food, both to eat on the spot and take home to make into delicious things. Julie had some freshly made doughnuts, which frankly smell nicer than anything else on the planet. This festival occurs at a variety of places around the UK, and is worth checking out if it comes near you.

And then we went to the arts and crafts festival - which takes up a large chunk of the surrondings of a large church in the centre of town. And found lots of pretty things. This was Julie's favourite piece of art there.

Then home, Julie took a nap, I worked my way through the Demon Ruins and Lost Izalith, and then there was a glorious set of pink clouds in the sky as the sun set, so we dashed outside and took a few pictures: 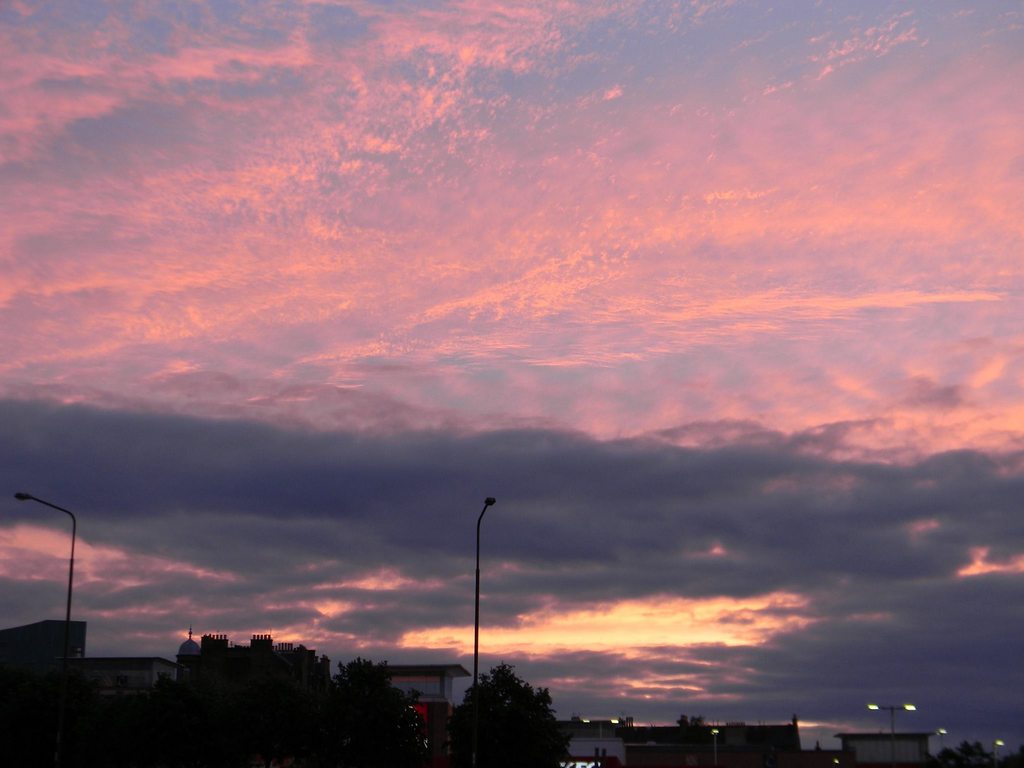 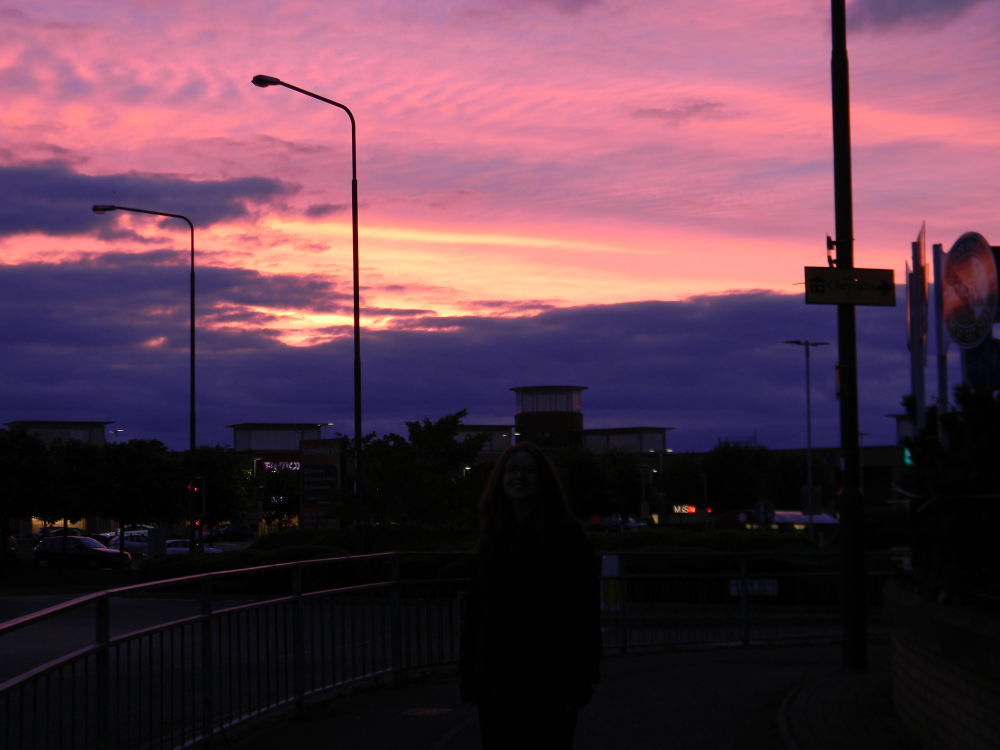 Now doing some final prep for the week, with both the dishwasher and washing machine running. And then bed. Sooooo tired.

*Edinburgh has several festivals. The Fringe is the one that gets most of the attention, with comedians, plays, and sundry performances from around the world. The Internation Festival is the posh one, where really high class performance are put on.