Livejournal tells me that I get around 150 LJ users visiting per day, and daily 250-300 visitors on average. 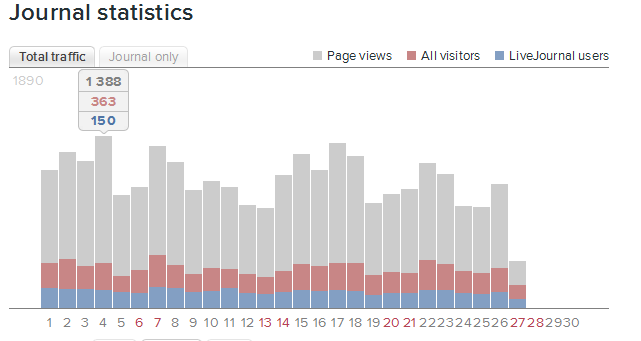 And Facebook tells me that Andy Ducker's Links is suddenly doing a lot better, presumably because Facebook has tweaked their algorithm (again):

The last one of these is the one I have the least control over. Twitter links get shared because people deliberately retweet them. LJ (and DW) get views because people turn up. Facebook looks at the things I post that people read/like, and then show them to friends of friends: 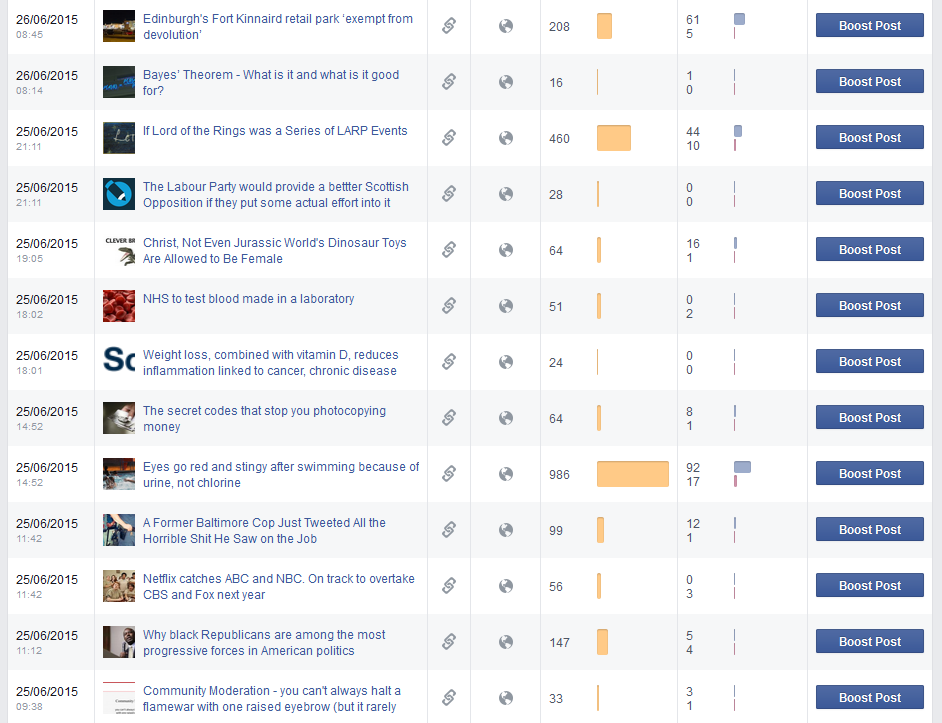 And clearly the number of clicks/likes (the two numbers on the right) affects the number of people who see it (the column to the left of that), but I'd love to know more about how that works.

I don't have a conclusion here. Except that for something that requires almost no effort to keep going (I mostly save links when I'm waking up in bed, on the bus into work, or on the bus home from work), it seems to be ticking over nicely. If only there was some way for it to make me independently wealthy (but I think I'd need a couple of orders of magnitude more readers for that to happen...)

Movie executives do not lead happy lives. If you are an executive, this is your day: a scruffy man in a Hawaiian shirt walks into your office and says, "I need you to be personally responsible for giving me one hundred million dollars so I can go to Ireland and have people who pretend for a living act like they're fighting imaginary dragons."

"Will I get to see the dragons first?" you ask hopefully.

"Oh, no the dragons won't exist until after we're done shooting. The professional pretending people will be yelling at sticks. Occasionally, they will flee from a mop."

And your job, as the exec, is to write him the check. Any sane man would break.

- John Rogers - from this great piece on why adaptations and remakes are so popular.

cairmen for posting the quote on FB.)

Edit: And a very appropriate image: 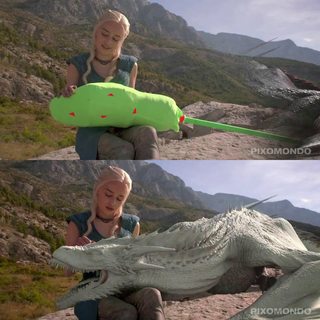