Boing Boing has a story - Youtube nukes 7 hours' worth of science symposium audio due to background music during lunch break.

a) Who puts up a 7 hour video unedited? Complete with the lunch break?
b) Yes, that music is owned by someone (probably several someones). Feel free to lobby for the law to change, but you don't get to use someone else's recent music without their permission. I think copyright overreaches a lot, and would limit it severely, but "I put someone else's recently-made music in my video" is definitely something copyright should cover.
c) For God's sake, edit the lunch-break out of the video and put it back up. And while you're at it, chop it into sensible chunks and put them up as separate videos - how hard can that be???

I think the first Kieron Gillen comic I read was his work on Thor, which was great*. I then picked up his indie book "Phonogram", which I enjoyed, even if it felt a bit basic - reminding me of early works by comics writers I liked in the 90s. I was intrigued to pick up the first trade of his new book, which had been getting quite a lot of buzz.

The Wicked + The Divine is clearly the work of a more experienced writer. It's structured better, it's got better dialogue, and the whole thing moves along very smoothly. It's had several moments I didn't anticipate at all, some nice characterisation, and some frankly gorgeous art to go along with it.

The basic setup is _very_ Vertigo - every ninety years a group of twelve Gods reincarnate into mortal forms. Within two years, all of them will be dead. We start with the cryptic ending of the 1920 cycle, and then move to the modern day, where we set up rivalries, intrigue, and possibly even a little bit of murder. 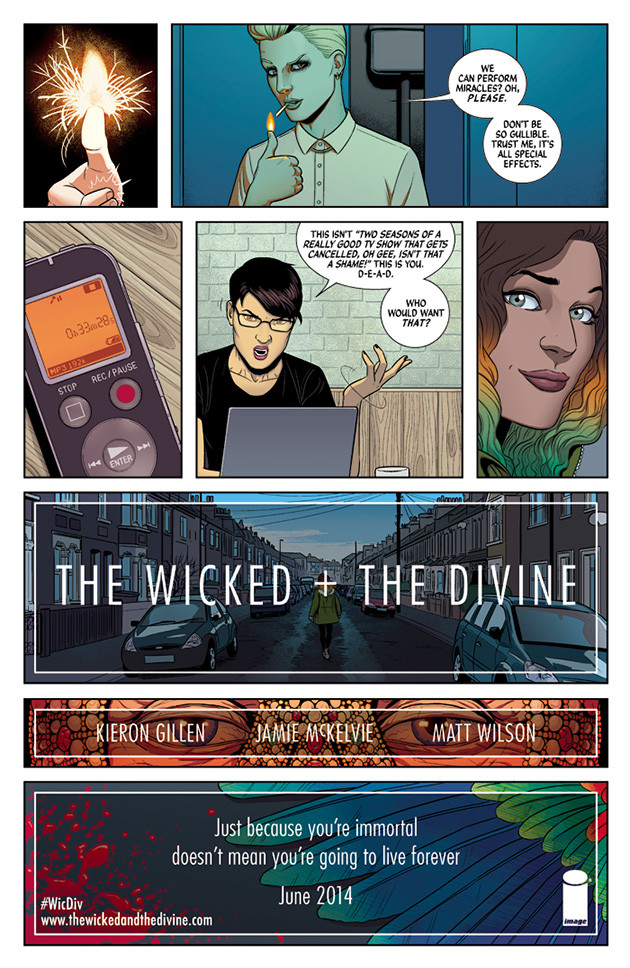 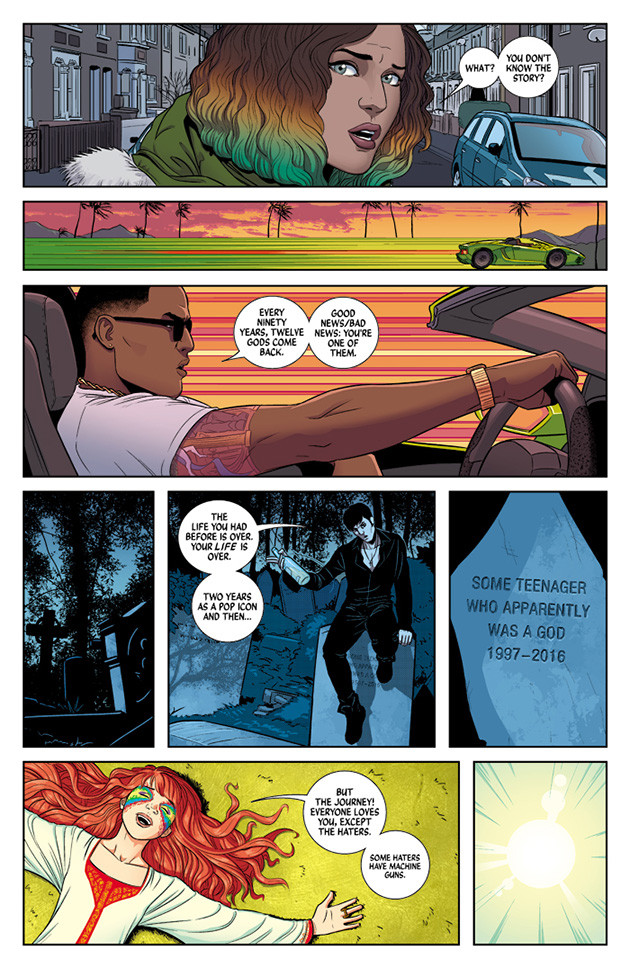 I'm not entirely hooked yet - the writing isn't as good as, say, Grant Morrison at his best, although it's in the same vein (albeit on less drugs). Similarly, the art feels half-way between Steve Dillon and Phil Jiminez - solid, engaging, with some nice flourishes. I'm actually finding it hard to tell if it's not quite as good as the things I loved then, or if it's just much harder to have that kind of emotional effect on a 42-year-old...

It's certainly good enough that I'll be picking up more of it. And if you miss the early days of Vertigo then you'll almost certainly enjoy it.

*Even if it slotted into a rather frustrating situation where JMS had taken Thor from being largely unread to being very popular, causing the publisher to decide to create a corporate cross-over around it, causing JMS to walk away without finishing his arc.