Just spent the weekend with my parents in Devon for my dad's 72nd birthday.

Unlike previous trips, I had a half-decent internet connection - after their previous phone line died completely, and BT were unwilling to go digging through the tons of mud it was buried under to find the break, they discovered that the house had used to have _two_ phone lines (one of them being a business line), and switching to the second line upped their speed from 2MBits to 5MBits. Which, with the modern web, seems to be the difference between "Oh God Nothing Is Loading" and "It's a bit slow, but perfectly usable."

Not that I spent my whole trip on the internet. There was dog-walking to be done. And eating. And watching The Winter Soldier and Tinker, Tailor, Soldier, Spy*. And getting the four WiFi points all working again. And adding the new Sonos speaker we got him for his birthday to the system.

I'm not rich enough to feel that Sonos isn't an extravagance too far, but Good God it's a lovely system to use. It took less than two minutes to go from plugging it in in the kitchen to having it playing music in sync with the one in the dining room. They've clearly spent a lot of time making sure it Just Works.

I also took a few photos over the weekend, and two videos:
Uther would quite like to make friends. The cows are not so sure 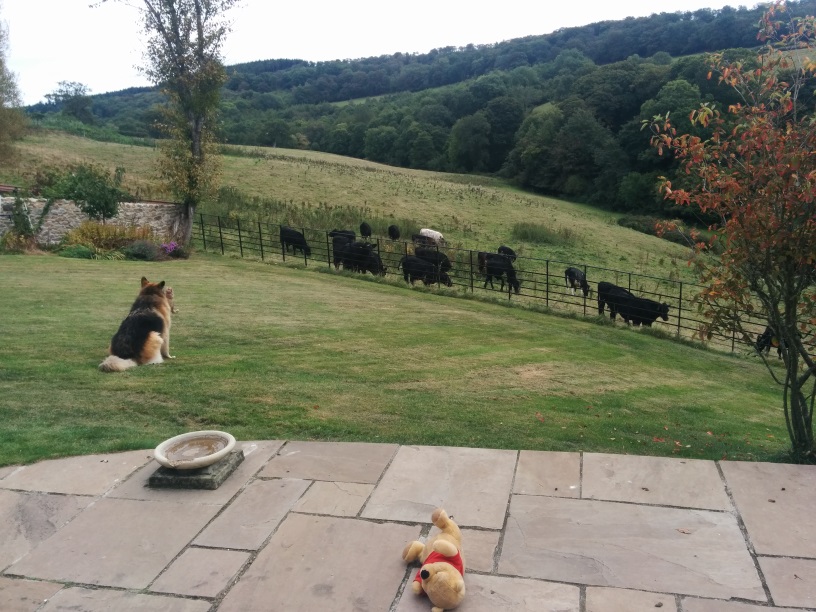 Uther does not want to let go of the ball 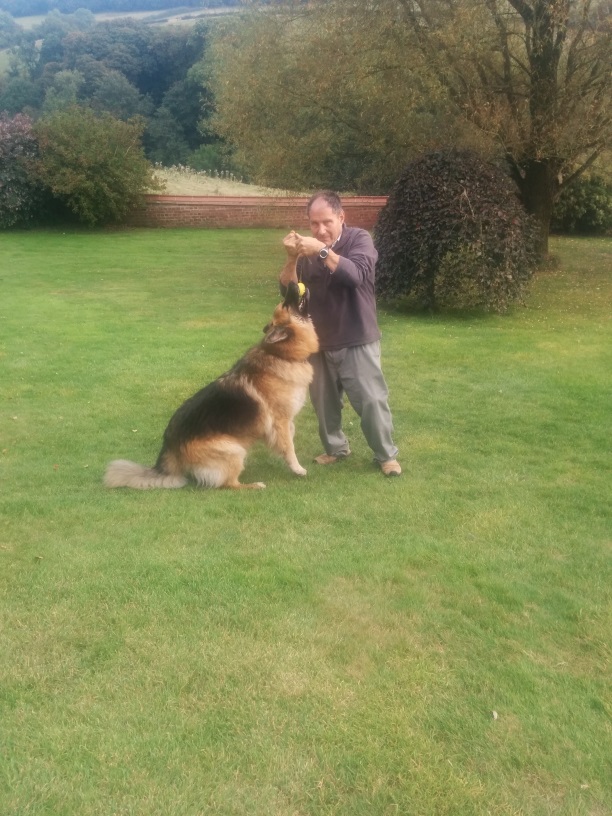 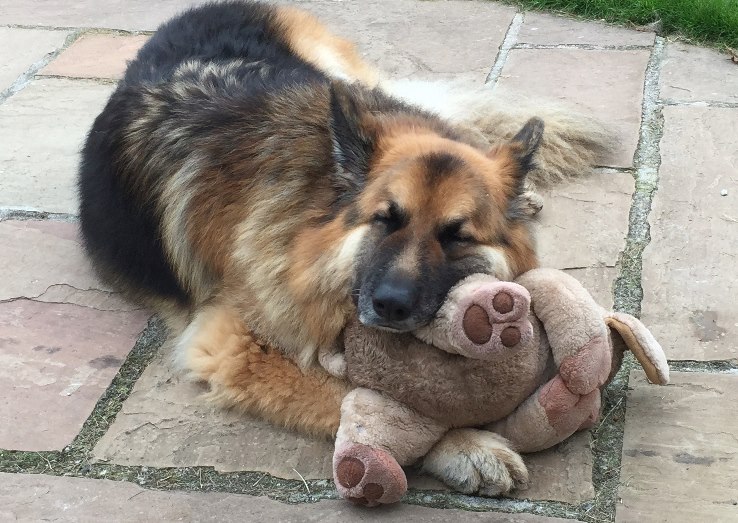 There are at least five pheasants that wander across the garden. This one is hoping that there will be leftovers from breakfast 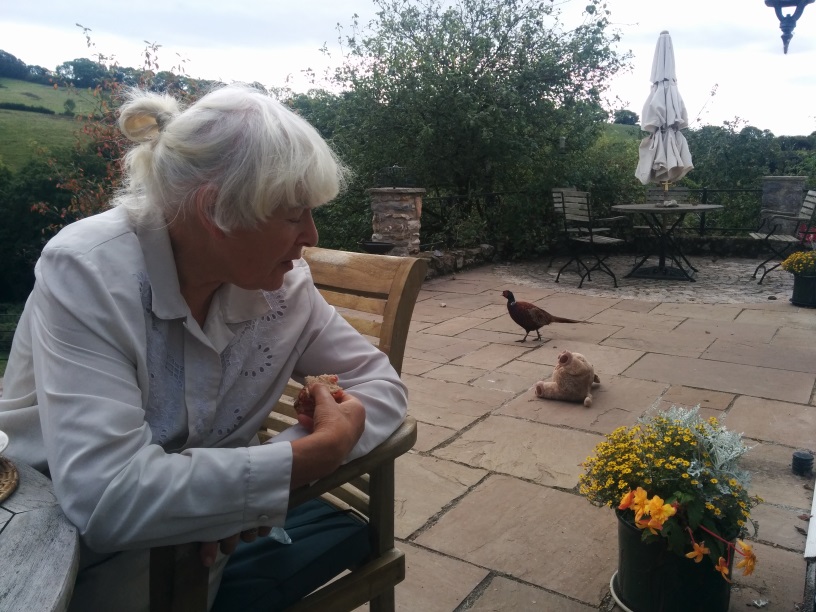 Dad goes looking for ripe tomatoes to fry for breakfast 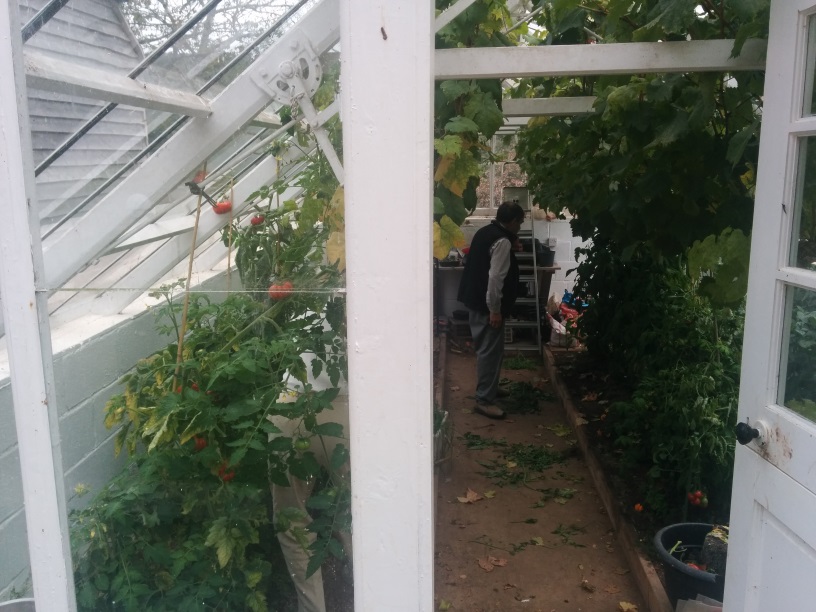 It's possible that this will last us more than one breakfast 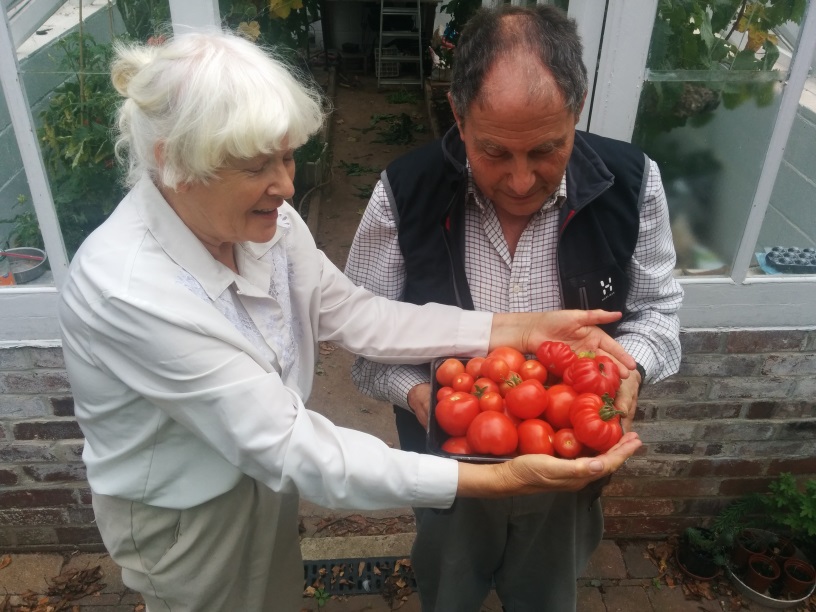 
And this is what happens when Uther has waited patiently until we've all finished eating, and Mike had some lamb left over...


*Which are both movies about spies and infiltration and mysteries. And otherwise are as different as two movies can possibly be, while both being very good.
**I should really have taken a photo. But basically it's a series of metal posts in a square 30 feet on a side, with netting all around and over the top to keep the birds out. Except that _something_ has chewed holes in multiple places, so we had to shoo birds out of it a couple of times.