Erin's been writing lots of reviews for the International Festival*, and when she got the chance to get a behind the scenes look at the end of festival fireworks**, with a plus-one, she kindly invited me. Along with the tour, we also got an hour-long musical workshop. Clearly aimed at kids (with their parents), but still fascinating, covering how they choose the music, how music in general is put together, and we also got to pick random instruments and produce something together.

Also, for no particular reason I can understand, but was still awesome, we got to play around with some medieval costumery that had been left in the room. With the following results: 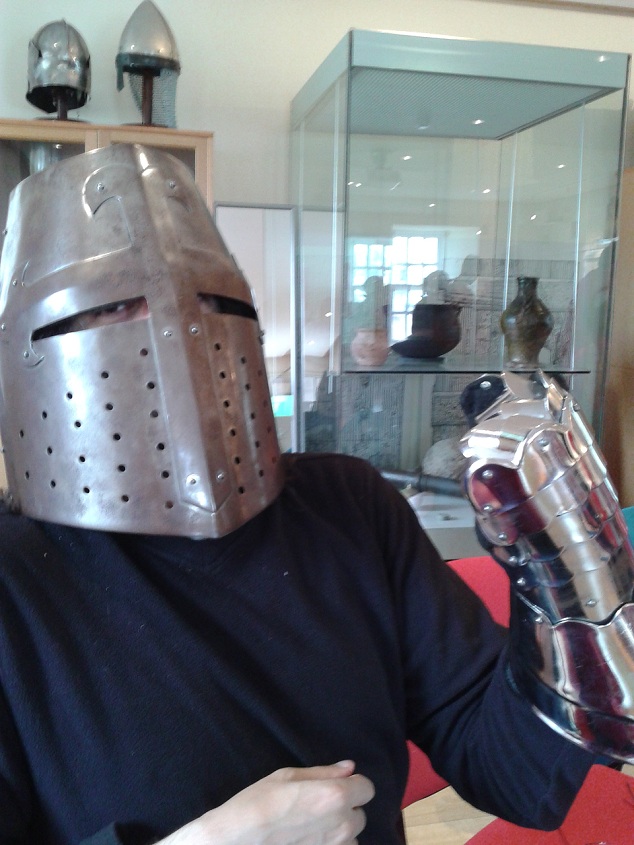 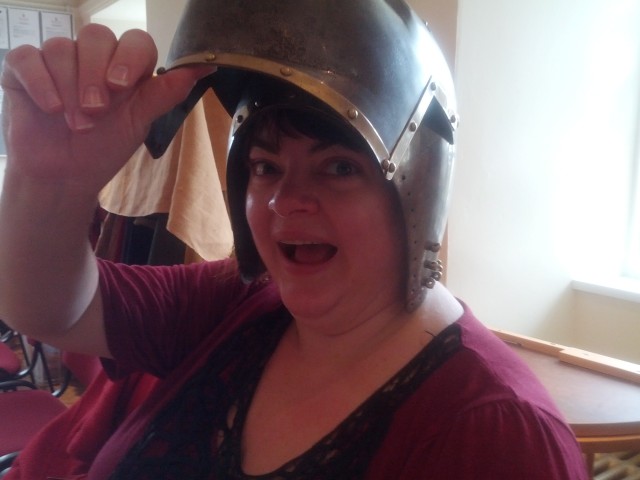 We then got taken for a look around the fireworks, got to hear how they all get set up (a lot of wiring, a few computers, and lots of switch-boxes) and let off (they have to fire them several seconds before the music they go with in order for them to appear in sync. Sounds hellishly tricky.

This is about a fifth of the fireworks waiting to be used tomorrow night: 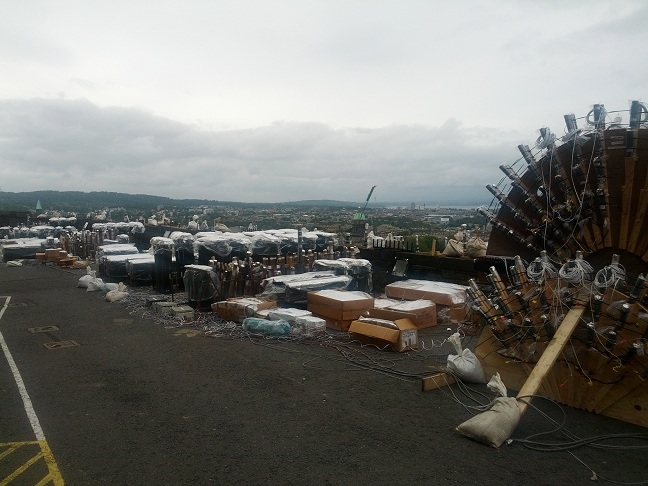 *Edinburgh has several festivals - the International Festival is the main one, the Fringe is the arty one that everyone I know seems to be involved in, the Book Festival is where you'll find geeks queuing up for Neil Gaiman and Iain Banks, and the Film Festival moved to a different time of year, and now nobody I know bothers with it any more.
**These happen at the end of the festival each year. High payers get to sit in the nice seats, and watch an orchestra play live, low payers get to sit on picnic blankets and hear the orchestra over loudspeakers.