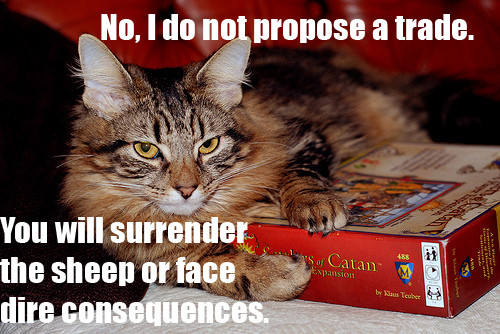 LiveJournal is 95 percent female. Like an acting club or cheerleading squad, the minority of males who use it are either gay or there for the chicks. The all-female atmosphere means that 95 percent of LJ comments consist of people hugging each other, and the other 5 percent consist of people apologizing for judging someone’s Harry Potter rape fanart.


Person A: This is pretty intense.

Person B: You’ve offended me.

Person A: I didn’t mean to. I merely meant that your portrayal of rape is quite subversive to the dominant patriarchal worldview.

Person B: My feelings are still hurt.

The rest - warning, cracked.com is blocked by numerous workplace filters. There's no NSFW imagery on that page, but don't follow any links...

Open to: All, detailed results viewable to: All. Participants: 76

Lord of the Rings Movies

Julie and I are watching season two of TNG at the moment*.  Some of it is hokey - the kind of kitch rubbish that I was half dreading on going back to the beginning of TNG - but quite a lot of it is well written, and it makes attempts to grapple with topics that you just don't see much on TV.  While the discussion of slavery in "The Measure of a Man" is simple it's still nice to see TV dealing with it at all, and we're enjoying it as a spur for conversations as well as fun spaceship-filled drama.

Occasionally, though, I get annoyed about some bit of plot.  Not something tech-related - I don't expect the tech in Star Trek to make sense - but character stupidity.  And several of those things revolve around Data and people's reactions to him.  At one point he asks about humour - what it is, how it works, etc.  And the response is to waffle about comedy being important to human nature, tell him a few jokes and then have him talk to a comedian - who again just does a series of (awful) jokes at him.  Not once does someone even attempt to define humour.  Surely, when dealing with someone who is incredibly logical and scientific in nature someone could have spent ten seconds trying to actually _explain_ humour?  Instead the writers seem to think that humour isn't explainable - it's part of the human condition and thus ineffable.  Whereas, actually, there's plenty of research into it.  (Have a good recent article).

Despite objections like these I'm still enjoying it a lot.  It's great to have a show filled with people who are actively good, have a purpose that doesn't fill them with angst, and are both smart and capable.  There's a lack of that kind of thing on TV at the moment, and while I like Dark and Gritty as much as the next person, I'd like to see more well written TV that's optimistic about the future.

*Along with a bunch of other stuff - we're nearly finished season 1 of Skins, and we're keeping up to date with Big Bang Theory and How I Met Your Mother.