I am sure that this will make some sections of my readership happy. 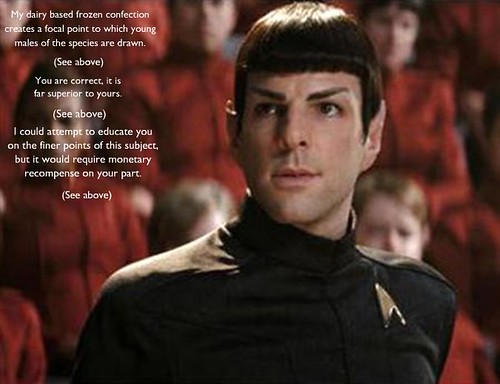 I spent an hour and a half last night at Ed's, where his machine was refusing to boot - getting to the desktop and then locking completely solid.

After trying MemTest (to check for bad RAM) and a different login (to see if it was something specific to a particular profile), I downloaded a copy of Ubuntu, burnt it to DVD and booted off of it.

This gave us a working OS without touching the hard drive - and even better, access to the hard drive.  The most important files were word documents - all of his writing.  And as he didn't have a spare hard drive around to get them onto, I needed another way to get them off the machine.

So I installed Dropbox onto it, created an account for him, and then he just dragged the important files into it - at which point it backed them up nigh-instantly onto the Dropbox servers - and mirrored them onto his laptop.

Not so useful for his music/image/video collection, as more than 2GB isn't free, and it would have been a tad slow to copy the files up over their internet connection.  But as a way of getting important small files off of a dead box it worked admirably.

(He's now got his hands on a USB hard drive, so he'll be getting the rest of the files off today - but having a way to get the important ones off ASAP was incredibly handy.)

Trying Shozu as Nokia removed the app that I used to use.

Anyone got a suggestion for a better app for posting photos to LJ from a Nokia N85?

Looks like the swing has been anti-Labour, which means to either the Conservatives or Liberals, depending on which one is a stronger contender to beat Labour in any particular council.

The evidence for this is that the Liberals have lost a fair number of councillors, but only one actual council - the ones where they are already in control are largely being held by them.  Presumably the councillors they are losing are in places where a swing to the Conservatives is more likely to unseat Labour control.

The BBC's estimated projected national vote share puts the Tories on 38%, Labour on 23% and the Lib Dems on 28%, which would be a result I'd be very happy with in a national election, as it would push a Lib/Lab coalition, grounded on a move to PR.

Siemens launches the first floating wind turbine.  2.3MW, 100m of flotation element, and cables up to 700m long.
From
Collapse